WHO Director-General Tedros arrives in Kathmandu 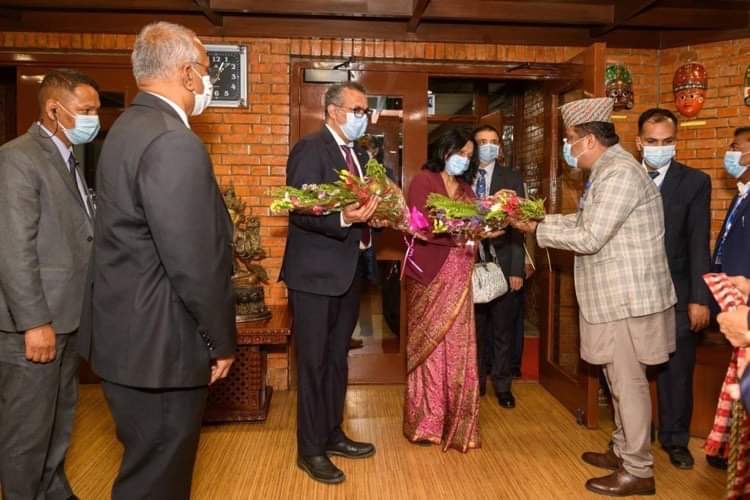 KATHMANDU: Director-General of Word Health Organization (WHO)  Tedros Adhanom Ghebreyesus and his delegation has arrived in Kathmandu on a three-day official visit to Nepal on Thursday

Senior official of the MoFA, MoHP and WHO received the visiting dignitary at the airport.

The Director-General arrived in Kathmandu today at the invitation of the Minister for Health and Population Birodh Khatiwada.

The delegation team includes the Regional Director of WHO’s South-East Asia Region Dr Poonam Khetrapal Singh along with other WHO officials, said the Ministry of Foreign Affairs.

He is also scheduled to meet Minister of Foreign Affairs Narayan Khadka and Health Minister Birodh Khatiwada during his visit.