India will give another $500 million in fuel aid: Sri Lanka foreign minister 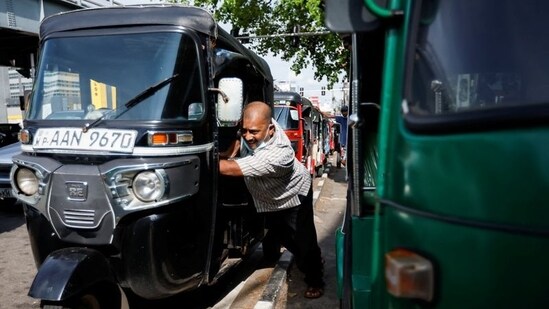 “Assistance by the IMF will take about six months to come to us and it will come in tranches,” Sri Lankan Foreign Minister GL Peiris was quoted by Reuters. “During the intervening period, we need to find funds to keep our people supplied with essentials.”

This will be the second $500 million India has provided in fuel credit to a Sri Lanka government battling the country’s worst financial crisis in living memory.

The first line of credit was used up earlier this month after a shipment of 120,000 tons of diesel and 40,000 tons of petrol.

The protests came after the state-run Ceylon Petroleum Corporation raised the price of 92 octane to LKR 338 per litre – an increase of LKR 84, PTI reported.

That was the CPC’s second price hike this month. On Monday the Lankan Indian oil company yesterday hiked its prices for a fifth time in six months.

India, meanwhile, has also extended two credit lines worth over $2 billion to help buy food – rice has already been sent – medicines and other essentials.

This was as finance minister Nirmala Sitharaman met IMF chief Kristalina Georgieva on the margins of the IMF-World Bank spring meeting in the US.

Georgieva lauded the help extended by India to its neighbours and other vulnerable economies, especially the assistance provided to Sri Lanka.

Sri Lanka had sought India’s help in garnering international support to secure bridge financing as it enters negotiations with the IMF for a bailout deal.

This week there were also talks on linking electricity grids, Reuters said. This has been seen as a step to help Delhi reduce China’s influence over Sri Lanka.

In talks with the IMF, Sri Lanka hopes to secure at least $4 billion in bailout.

On Tuesday, during one such face-off with police, one protester was shot dead and 10 others wounded, AFP reported citing local officials.