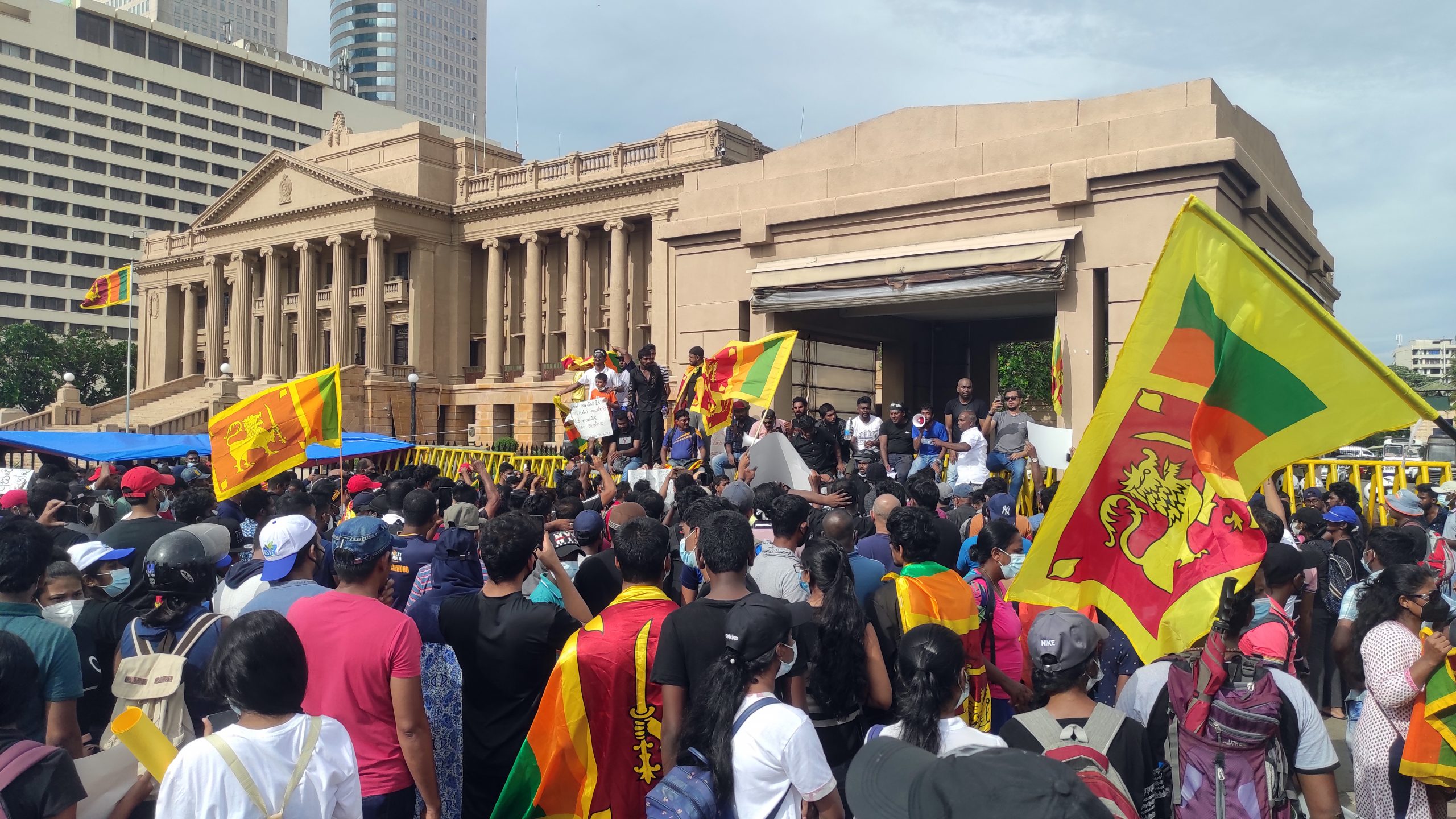 Police in Sri Lanka opened fire on crowds protesting at fuel shortages during the economic crisis, leaving one man dead and 11 others wounded, BBC reported.

The casualties in the central town of Rambukkana came after live ammunition was used by police for the first time since protests erupted in early April.

Tens of thousands of demonstrators have taken to the streets since Sri Lanka ran out of money for vital imports.

They want President Gotabaya Rajapaksa to resign but he is refusing to quit.

His appointment of a new cabinet on Monday angered many Sri Lankans. There were protests in a number of areas on Tuesday after Sri Lanka’s main fuel retailer put prices up by nearly 65%.

The Rambukkana crowds had been protesting for about 15 hours demanding fuel, BBC Sinhala’s Ranga Sirilal reports.

The authorities say the crowd threw stones and other objects at police, injuring a number of them.

Two of the injured protesters are reported to be in a critical condition. The man who died was likely to have been shot, Mihiri Priyangani, director of the Kegalle Teaching Hospital, told Reuters news agency.

“We are suspecting gunshot injuries but need a post-mortem to confirm the exact cause of death.”

Thousands of angry motorists and bus drivers have been burning tyres and blocking the nearby highway linking the capital Colombo with the city of Kandy.

The island nation is grappling with its worst economic crisis since independence from Britain in 1948.

It is caused in part by a lack of foreign currency, which has meant that Sri Lanka cannot afford to pay for imports of staple foods and fuel, leading to acute shortages and very high prices, according to BBC.

With power cuts lasting half a day or more, public anger has soared.

The demonstrations mark a massive turnaround in popularity for Mr Rajapaksa who swept into power in 2019, promising stability and a “strong hand” to rule the country.

Critics say corruption and nepotism – his brothers and nephews occupied several key ministerial portfolios – are the main reasons for the crisis.

The new cabinet contained several party stalwarts, but was shorn of Rajapksa family members, apart from the president’s elder brother Mahinda who kept his job as prime minister, BBC reported.