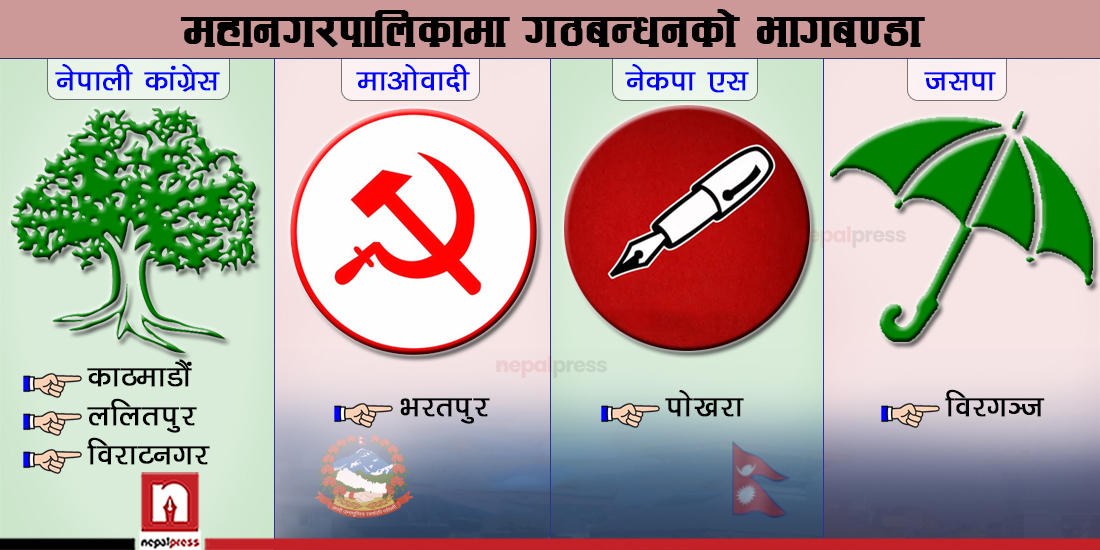 According to the agreement, the ruling coalition leader Nepali Congress will get the leadership of three metropolitan and seven sub-metropolitan cities.

The NC will get Kathmandu, Lalitpur and Biratnagar Metropolitan Cities. The Congress has also got the mayor of Dharan, Itahari, Kalaiya, Butwan, Tulsipur, Nepalgunj and Dhangadhi.