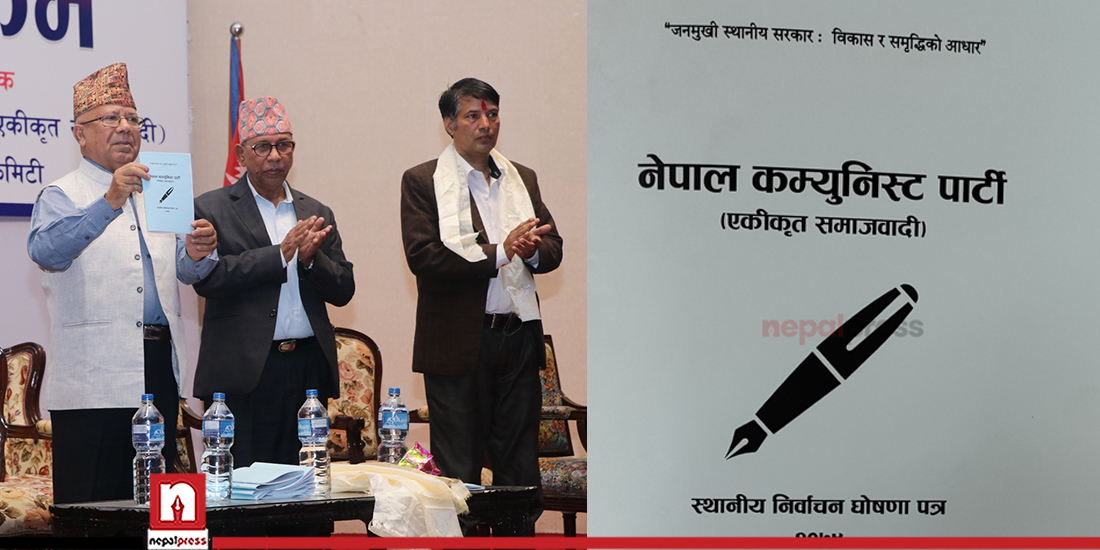 KATHMANDU: The CPN (Unified Socialist) has unveiled its manifesto for the upcoming local election.

Unveiling the manifesto at a programme organized on Tuesday, Unified Socialist Chairperson Madhav Kumar Nepal declared that each household would be provided with electricity up to 200 units free of cost through local government led by the party. Necessary coordination would be made with federal and provincial governments for this, he highlighted.

He also noted that his party’s manifesto outlines a plan to provide basic electricity service to the houses out of its access and place top priority to provide free health, education and drinking water service through the local government budget.

The manifesto has also included popular programmes that the Nepal-led government did before and the campaign ‘let us build our village on our own’ initiated by the nine-month government of the CPN-UML.

“Each household of the municipality/rural municipality would be provided with 5,000 litres of water free of cost. Drinking water would be made available to the people of the area where drinking water is not within their reach, the manifesto highlighted. RSS