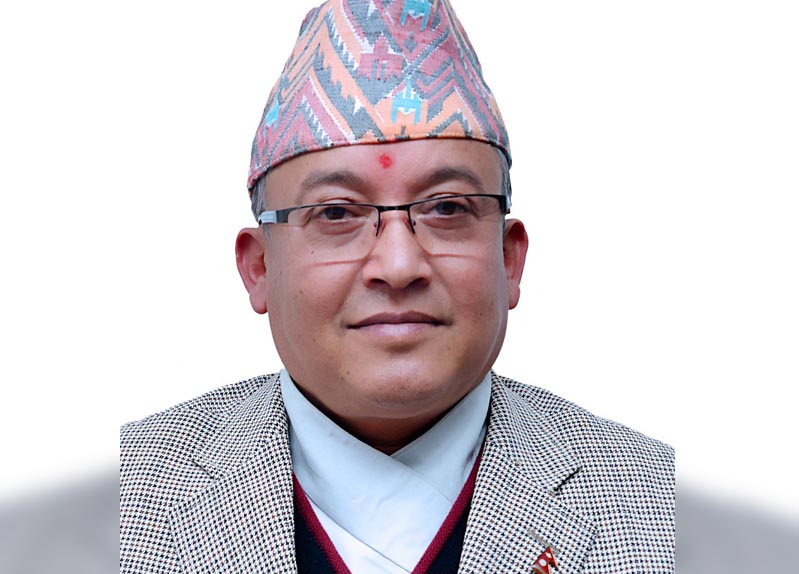 Initiatives have been taken to create conducive environment for holding the May 13 local election in a fair, fearless and disciplined way and such efforts should not be doubted, he said at an event organised today here by the Election Commission. The programme was supported by the Press Council Nepal and the Federation of Nepali Journalists.

“It feels that there have somehow been difficulties in carrying out electoral reforms effectively due to the culture of not entertaining changes and taking them personally,” he said.

Electoral reforms have been implemented only after discussion with stakeholders, he clarified. “We have decided to organise the local poll in a single phase and on a single day.

Elections after 1991 have not been held in a single phase and a single day. This could result in organising the poll in a fair, free, impartial way.”

He explained, the EC took the risk of allocating election symbols to the parties except those with national recognition to pave the way for them to participate in the election despite a clear legal provision to this effect missing. “The decision was new for us (the EC team).”

According to the Chief Election Commissioner, political parties have been advised that the implementation of the Article 38 (4) that provides women the right to participate in all bodies of the state on the basis of the principle of proportional inclusion and Article 42 which is about the right to social justice would help enhance women’s representation, participation and inclusion in the election.

Stating that election was becoming extravagant and the poll ran the risk of being influenced by money and resources instead of party principles and ideologies, he said the EC had fixed a ceiling for election expenditure for the same reason.

Acknowledging the contribution of media in taking the nation towards the election process, he urged mediapersons to fully comply with journalists’ code of conduct and election code of conduct. “Media houses are expected to prove their professionalism, credibility, independence, fearlessness and to fulfil their responsibility towards citizens.”

It has been proposed to ban the supply and consumption of alcoholic products during the electoral silence period to avert any untoward influence among voters, according to Thapaliya.

He said, “It is the responsibility of all to follow the code of conduct. Media should play its role in covering the election in a free and fearless environment.”

Similarly, FNJ President Bipul Pokharel opined that the media should play a significant role in taking voters to polling stations and helping to hold the election in a fearless manner.

Pokharel further said that journalists should actively show their neutrality during the poll.

On the occasion, an orientation on the issue of election code of conduct and news dissemination was given to photo journalists, online media journalists and journalists writing on election.

Under-Secretary of the EC, Kamal Bhattarai, gave a presentation on the ‘Election Code of Conduct-2022 Implementation and Collaboration with Photo Journalists’.