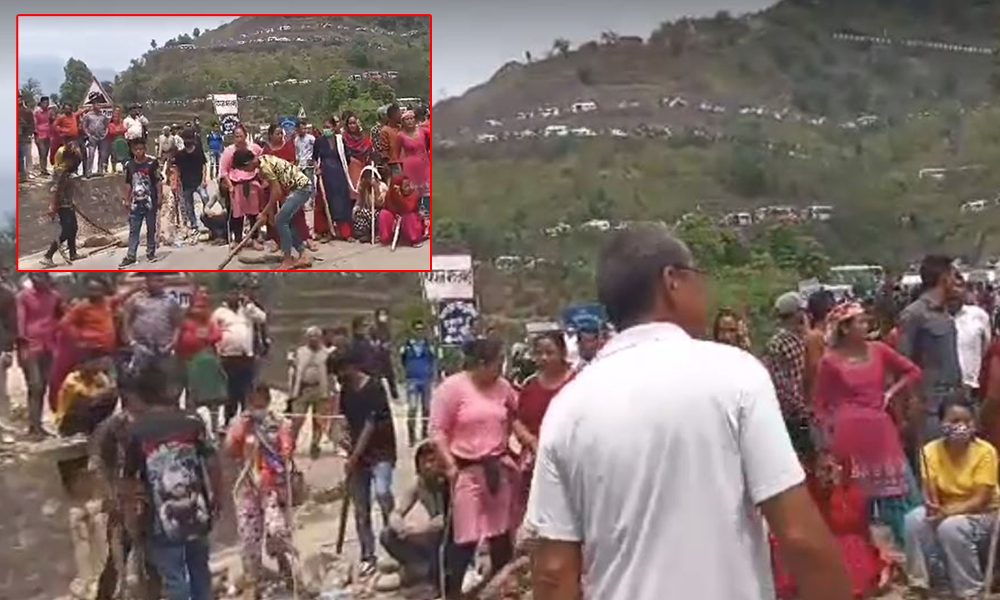 SINDHULI: As many as 11 police personnel were injured in a clash between police and locals at Pipal Bhanjyang of Kamalmai Municipality-2 in Sindhuli along the BP Highway on Wednesday.

The injured policemen are receiving treatment at the Sindhuli Hospital, said the District Police Office Sindhuli.

Among the injured, three are in critical condition,police said.

Irate locals have been obstructing the highway since this morning after a man identified as Bijaya Moktan (39) died when a Bolero Jeep hit him on Tuesday.

They attacked the security personnel who had gone there to contain the mob.

Police lobbed tear gas canisters and also fired into the air to disperse the crowd.

Chief District Officer of Sindhuli Ramesh Neupane said that police are trying to take the situation under control.