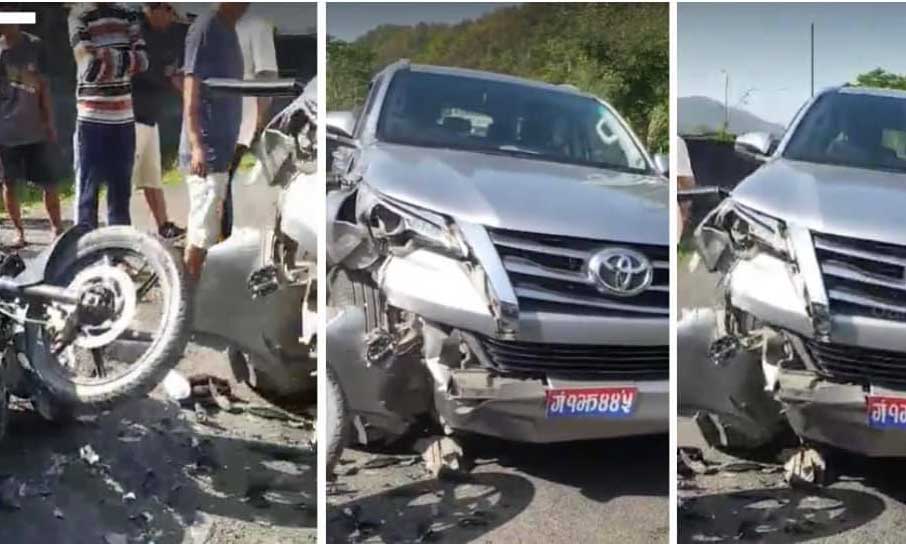 POKHARA: A person died and another sustained injuries when a car carrying Gandaki Finance Minister Ramji Prasad Baral hit a motorbike they were riding on at Khudi of Pokhara Metropolitan City-32 in Gandaki Province.

The deceased has been identified as Min Bahadur Paija of Tanahun. He was the rider of the two-wheeler.

Similarly, Paiji’s wife was also injured during the incident. Her health condition is normal.

Overspeeding was the reason behind the accident, said the eyewitnesses.