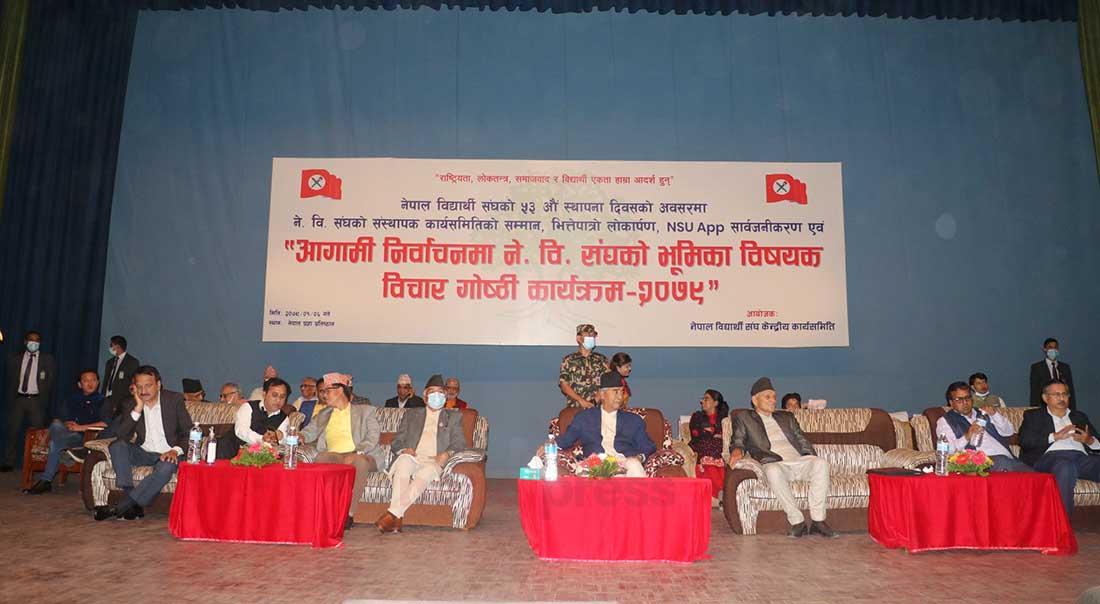 KATHMANDU: Prime Minister and Nepali Congress (NC) president Sher Bahadur Deuba said that a conspiracy was being made to break the existing coalition in the government.

Speaking at an event organised on Tuesday on the occasion of the 53rd anniversary of the Nepal Student Union (NSU), a student wing of the NC,  Deuba said that caution should be adopted to thwart the conspiracy.

Deuba said, “The alliance has benefited the NC. We have got chief ministers and ministers in most provinces. I feel that I have done good work in the NC. The existing political alliance should not be broken at present. There is no situation wherein a single party gets the majority in the poll. So it should continue.”

The NC President was of the view that the NSU should reach villages and school-level to increase its significance and meaning.

“NSU has its presence in colleges and campuses across the nation, but why it is losing the free student union elections,” he questioned adding that it required consolidating its foundations right from the school level.

Citing that he was also the NSU President in the past and students should dream of reaching the noted posts of Prime Minister and President in the future, he took time to urge students to explore excellence in academic careers as well.

He further claimed that no force would defeat the party in the upcoming elections provided that it remained integrated and intact.