3 firefighters injured while trying to douse fire in Biratnagar 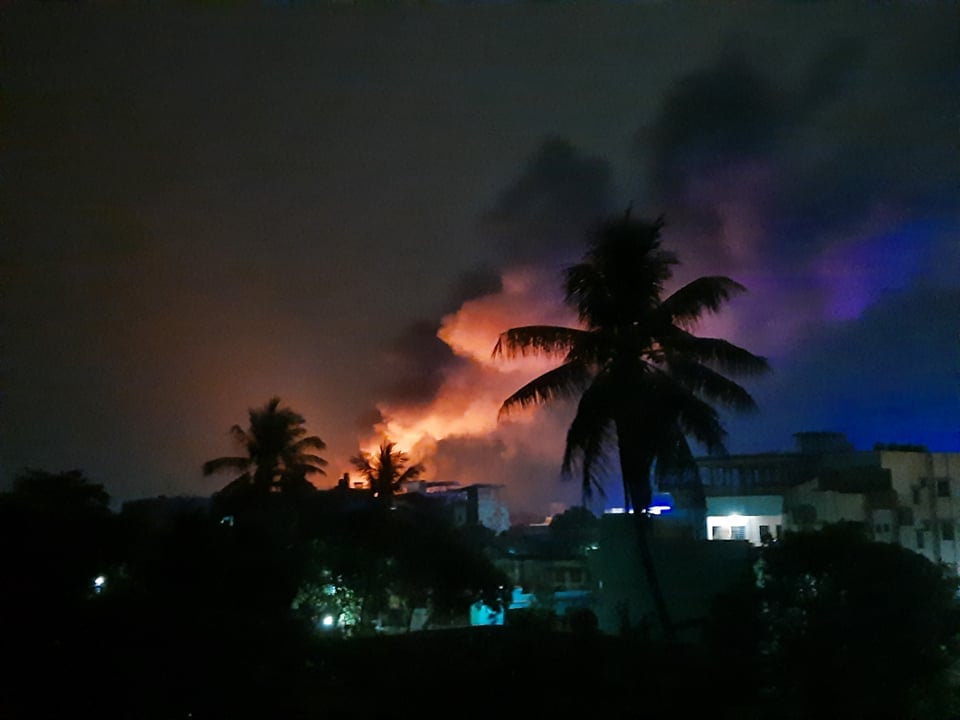 BIRATNAGAR: Three firefighters were injured when a cooking gas cylinder exploded while trying to douse a fire that broke out at a house in Hospital Chowk in Biratnagar on Monday.

The fire broke out in the house of Shovadevi Ghimire.

The fire that started from the house of Ghimire quickly spread to four other shops, destroying property worth Rs 5 million, police said.

According to Deputy Superintendent of Police (DSP) Deepak Shrestha, Spokesperson of Morang Police, Ghimire’s grocery store, tea shops of Bipan Rajbanshi and Abanshu Rajbanshi and a clothing store of Tulasi Prasad Upreti were completely destroyed in the fire.

The fire was taken under control by Nepal Police, Armed Police Force and local police with the help of four fire brigades at around 1: 40 AM.