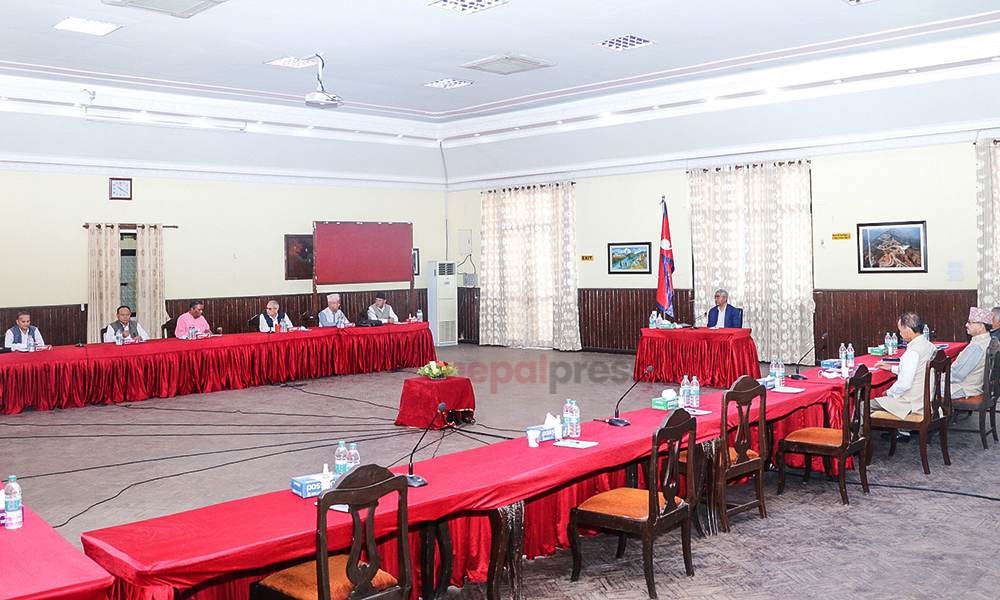 KATHMANDU: The coalition partners in the incumbent government today discussed seat allocations in metropolitan and sub-metropolitan cities across the country for the May 13 local elections.

In the meeting of the local level election preparation, mobilization and monitoring committee, they also agreed to sit down again and conclude the seat allocation later today itself, advocate Keshab Raj Joshi, legal expert to Prime Minister Sher Bahadur Deuba and the committee member said.

The meeting focused on the seat allocations in basically six metropolitan and 11 sub metropolitan cities across the country, he said.