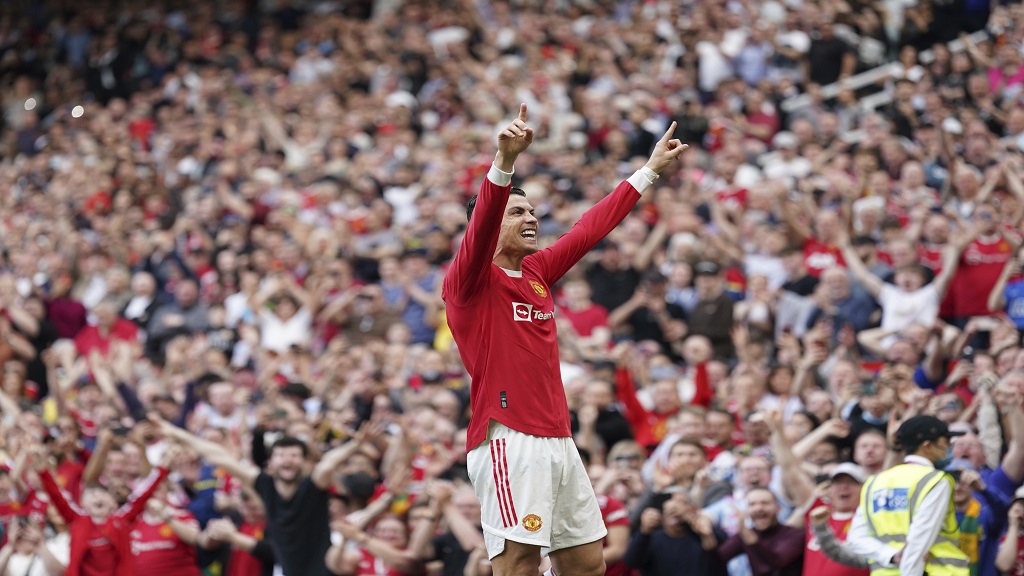 Cristiano Ronaldo capped his hat trick with a stunning free kick in the 76th minute to give Manchester United a 3-2 win over Norwich on Saturday and boost the team’s hopes of securing a Champions League spot, Associated Press reported.

United moved past Arsenal into fifth place, three points behind Tottenham in the English Premier League.

United blew a two-goal lead after last-placed Norwich fought back to tie the game on goals by Kieran Dowell and Teemu Pukki at Old Trafford.

But the day belonged to the Portugal superstar, who recorded the 50th hat trick of his professional career for his clubs and 60th overall.

Ronaldo’s goal in the seventh minute was courtesy of Anthony Elanga, who stole the ball from defender Ben Gibson in the area and slid a pass to him for an easy one-timer past goalkeeper Tim Krul. Ronaldo then headed home a corner kick in the 32nd. Ronaldo’s free kick from outside the area sailed through the wall and off Krul’s outstretched hands into the top left corner of the net.

Just before halftime, Pukki’s cross from the left side was headed in by Dowell to give the visitors hope. Dowell then returned the favor in the 52nd by threading a pass to Pukki, who took two touches and beat goalkeeper David De Gea to the near side and in off the right post.