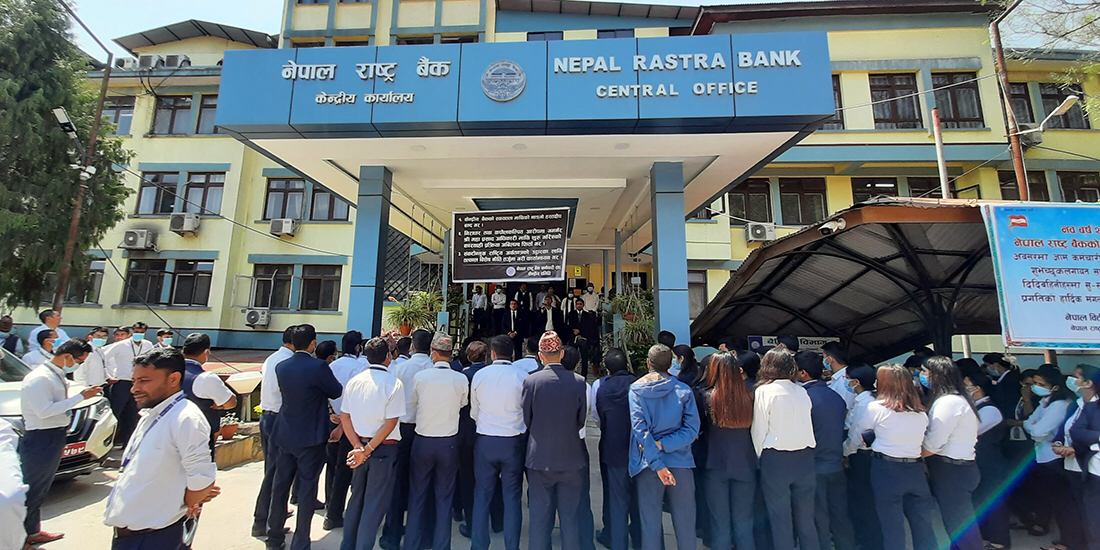 The employees have hung a black banner at the central office in Baluwatar at the call of the National Bank Employees Union.

The union said that the staffers have been staging demonstrations outside Kathmandu Valley also.

Union’s  central Chairman Rudra Prasad Timilsina has urged the government to roll back its decision to remove Governor Adhikari.

Earlier on April 8, the government had suspended Adhikari accusing him of leaking sensitive government information and not executing his duties satisfactorily.