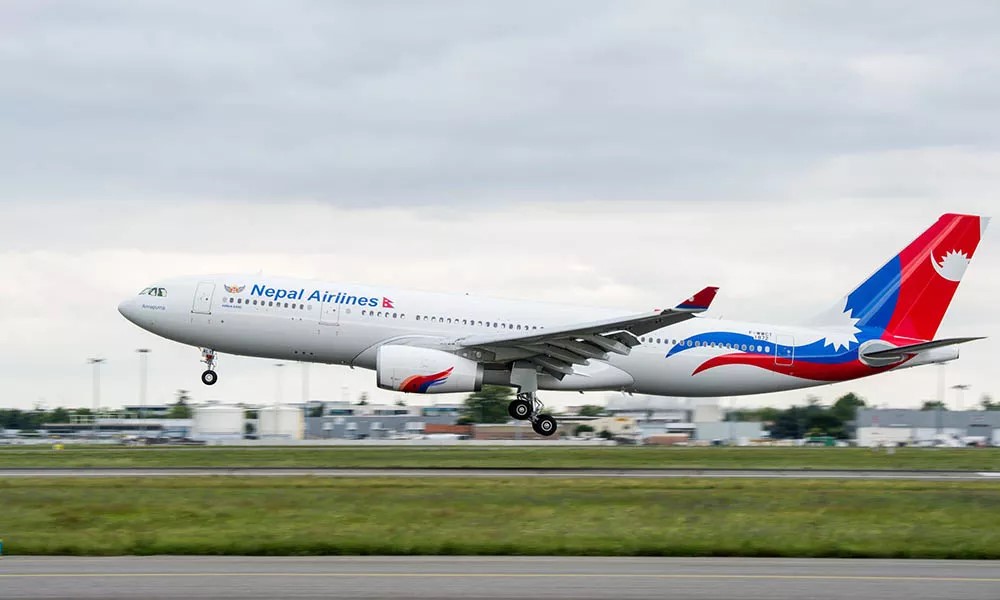 KATHMANDU: The national flag carrier, Nepal Airlines, is conducting a direct flight from Kathmandu to Riyadh city of Saudi Arabia from April 22.

Nepal Airlines (NA) informed that the wide-body A 330 plane was launching the flight to Saudi Arabia.

Executive Chairperson of Nepal Airlines Yubraj Adhikari told the Rashtriya Samachar Samiti (RSS) that the conduct of direct flights to Saudi Arabia is a matter of pride for the NA. Additional destinations would be explored and service expanded gradually.

NA has got flight permits for Riyadh, Dammam and Jeddah.

There will be two Kathmandu-Riyadh-Kathmandu flights in a week. The NA would expand the flights- thrice a week after studying the situation. The NA has been expanding the service in line with the initiative and direction of the Minister for Culture, Tourism and Civil Aviation, Prem Bahadur Ale.

The NA officials including Executive Chairperson had visited Saudi Arabia for flight permission two months back.

For now, the one-way flight costs Rs 37,000, according to NA Spokesperson Archana Khadka. Both the wide-body and narrow-body planes would be used for the flights.

The inaugural flight would however be done by the wide-body aircraft. RSS