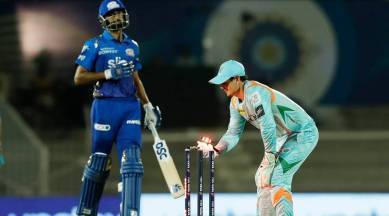 Skipper KL Rahul scored his maiden century of the season to guide LSG to 199 for 4 after being invited to bat first. In reply, MI were restricted to 181 for nine.

Rahul smashed 103 off 60 balls, and his unbeaten innings was laced with nine fours and five sixes. Manish Pandey (38) and Quinton de Kock (24) also played useful knocks, according to The Indian Express.