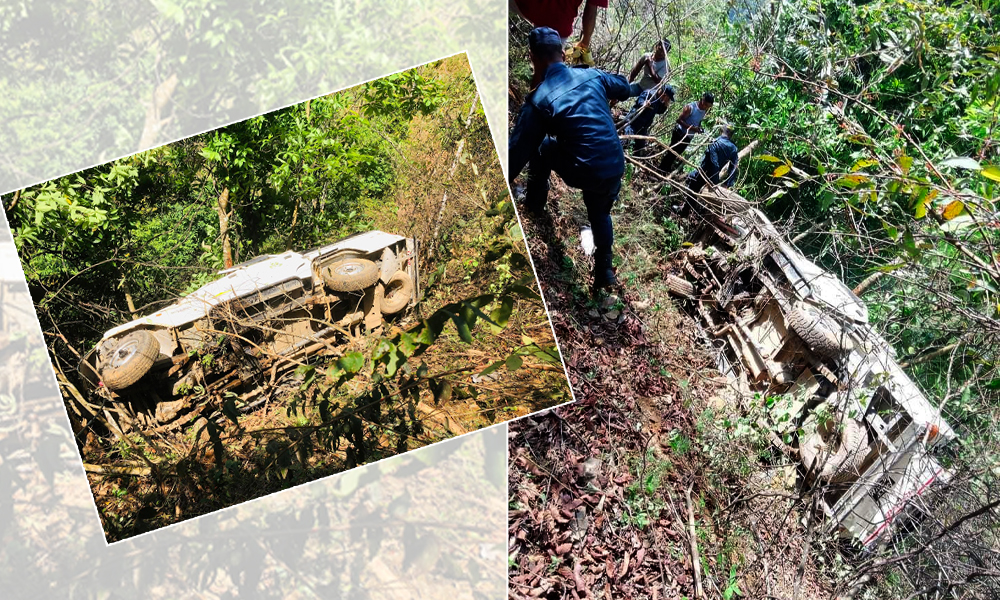 KATHMANDU: Four persons died and six others sustained injuries when a jeep they were travelling in met with an accident at Dandakharka in Waling Municipality-12 of Syangja on Sunday.

The identities of the deceased are yet to be established.

The incident occurred when the jeep (Ga 1 Ja 7399) heading towards Waling from Dandakharka lost control and turned turtle at around 10 am today.

Similarly, six people including the driver were injured in the incident.

Among the injured, four including the driver have been referred to Pokhara for treatment while two are undergoing treatment at the Waling Primary Health Post in Syangja, said the District Police Office, Syangja.