3 arrested with illegal drugs in Jhapa 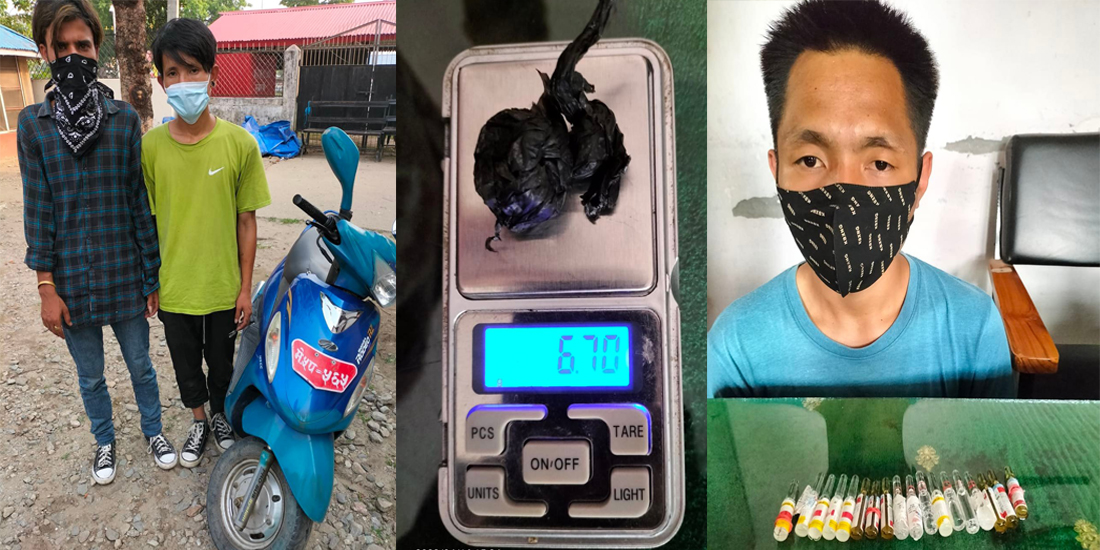 JHAPA: Police on Saturday arrested three persons from Mechinagar municipality-6 of  Jhapa and confiscated illegal drugs including brown sugar and tablets from them.

Acting on a tip-off, a joint team of Area Police Office, Kakarbhitta and Drugs Control Bureau of Kakarbhitta arrested them at around 3 AM yesterday.

Police arrested Rai and Dhakal during a security checkup and confiscated 6 grams of brown sugar from them, said the Area Police office, Kakarbhittta.

They were coming towards Nepal from India on a scooter(Me 5 Pa 565).