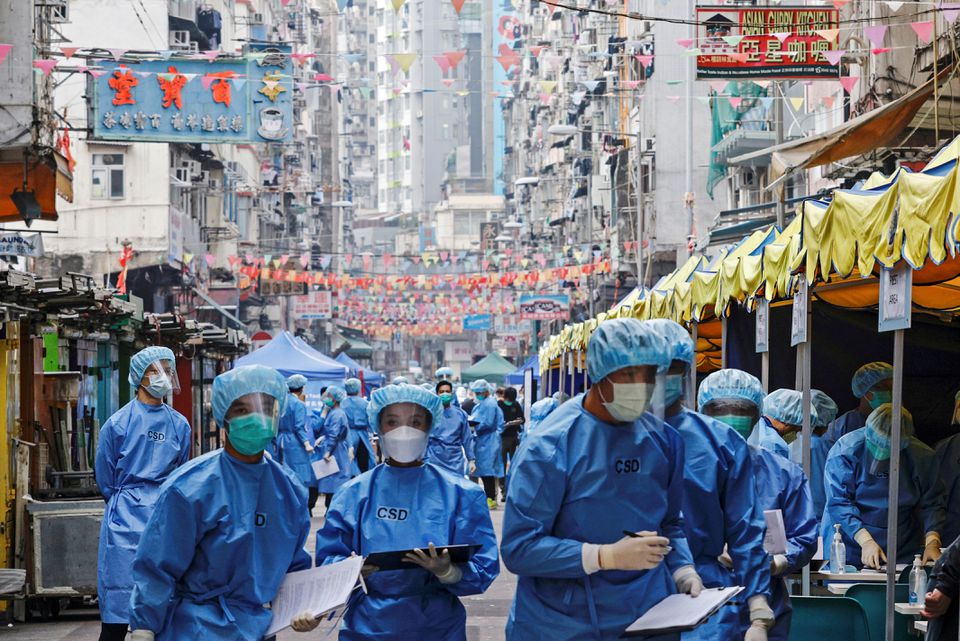 Global COVID-19 cases surpassed 500 million on Thursday, according to a Reuters tally, as the highly contagious BA.2 sub-variant of Omicron surges in many countries in Europe and Asia, Reuters reported.

The rise of BA.2 has been blamed for recent surges in China as well as record infections in Europe. It has been called the “stealth variant” because it is slightly harder to track than others.

South Korea leads the world in the daily average number of new cases, reporting more than 182,000 new infections a day and accounting for one in every four infections globally, according to a Reuters analysis.

New cases are rising in 20 out of more than 240 countries and territories tracked, including Taiwan, Thailand and Bhutan.

Shanghai is fighting China’s worst COVID-19 outbreak since the virus first emerged in Wuhan in late 2019, with almost 25,000 new local cases reported, although the city’s quarantine policy is criticized for separating children from parents and putting asymptomatic cases among those with symptoms.

“Shanghai’s epidemic prevention and control is at the most difficult and most critical stage,” Wu Qianyu, an official with the municipal health commission, told a briefing.

Some European countries are now seeing a slower uptick in new cases, or even a decline, but the region is still reporting over 1 million cases about every two days, according to the Reuters tally.

In Germany, the seven-day average of new infections has fallen and is now at 59% of its previous peak in late March. New cases are also falling in the United Kingdom and Italy, while they are holding steady in France.

The U.S. national public health agency said on Monday the BA.2 sub-variant of Omicron was estimated to account for nearly three of every four coronavirus variants in the country.

The BA.2 variant now makes up about 86% of all sequenced cases globally, according to the World Health Organization. It is known to be more transmissible than the BA.1 and BA.1.1 Omicron sub-variants. Evidence so far, though, suggests BA.2 is no more likely to cause severe disease.

Scientists continue to emphasize vaccines are critical for avoiding the devastation the virus can cause.

While cases have flared in Europe and Asia recently, the United States still has the highest total COVID infections since the start of the pandemic with 80.41 million, followed by India with 43.04 million and Brazil with 30.14 million.

About 6.5 million people have lost their lives to COVID since the pandemic began. The United States has reported the highest number of deaths, followed by Russia, Brazil and India.