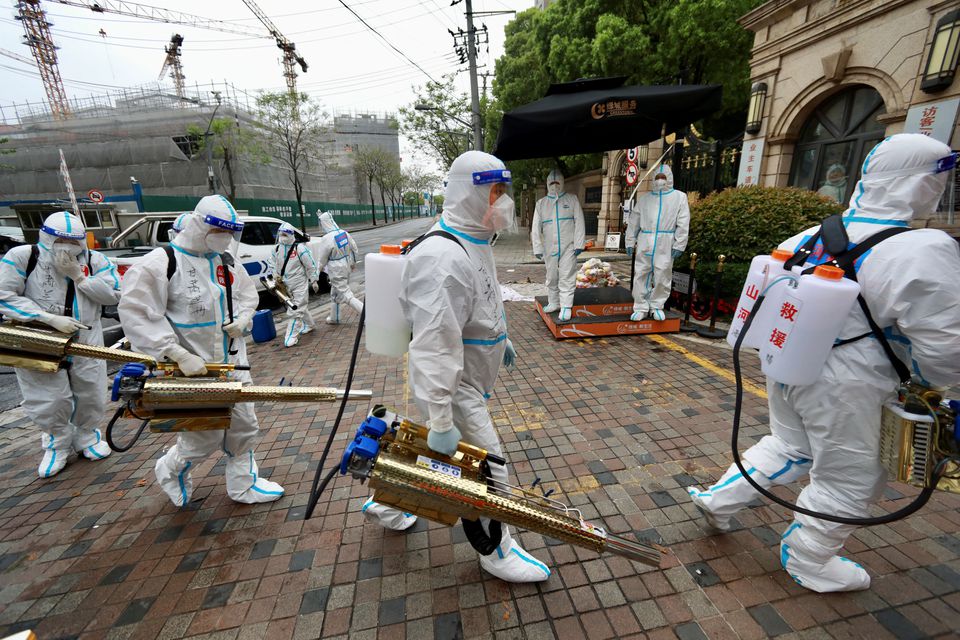 The daily tally of COVID-19 cases in Shanghai, which is at the centre of China’s epidemic, has fallen slightly, authorities said on Friday, as the city’s lockdown threatened to exact a heavier toll on the world’s second-biggest economy.

China’s automakers may have to suspend production next month if suppliers in Shanghai and surrounding areas can’t resume work, the chief executive officer of electric-car maker Xpeng (9868.HK) said, while airlines and the property sector are also feeling the pain.

Shanghai, which is battling China’s worst COVID-19 outbreak since the virus emerged in the city of Wuhan in late 2019, reported 23,000 COVID cases on Friday, down from more than 27,000 the day before.

However, the number of symptomatic cases in that tally edged up to a record 3,200, from the 2,573 reported a day earlier.

Officials releasing the data did not comment on the reason for the overall fall in the city, which has put most of its 25 million residents into lockdown.

China’s efforts to stop the virus with a strict “zero-COVID” policy are triggering economic disruptions that are rippling through global supply chains for goods ranging from electric vehicles to iPhones.

Xpeng chief executive officer He Xiaopeng issued a dire warning for his sector unless the situation improves.

“If the suppliers in Shanghai and its surrounding areas can’t find a way to resume operations and production, in May possibly all of China’s carmakers will have to stop production,” He said on his Wechat social media feed.

An April 7 study by Gavekal Dragonomics found that 87 of China’s 100 largest cities by gross domestic product have imposed some form of quarantine curbs.

COVID curbs have also devastated travel across the country, with carrier Air China (601111.SS) reporting a 70% drop in March traffic from a year ago on Thursday.

Home prices stalled for a second month in a row in China’s 70 major cities last month, according to official data released on Friday, as the lockdowns sapped consumer confidence and undermined demand. L2N2WD02F

China’s State Council, or cabinet, said on Wednesday that more policy measures were needed to support the economy, but analysts are unsure if rate cuts would quickly reverse the slump as long as the government maintains its COVID policy.

In Shanghai, locked down residents have vented frustration on social media over the difficulties in getting food and the rule that anyone testing positive, symptomatic or not, has to go into quarantine at state-run facilities, which many people have complained are in poor condition.

The city has converted residential buildings into quarantine centres but that’s sparking protests from angry neighbours worried they are being put at increased risk of infection.