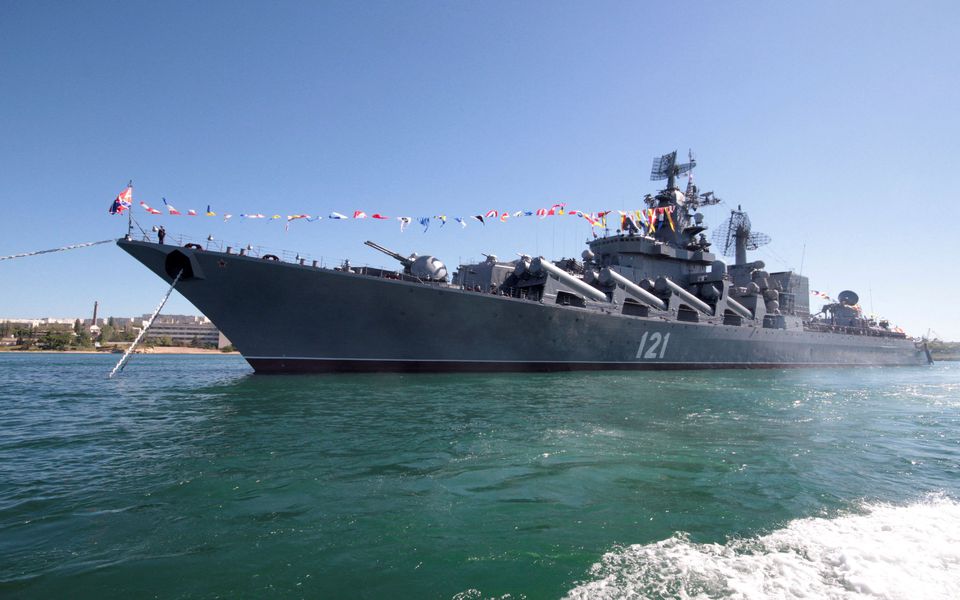 Powerful explosions were heard in Kyiv on Friday and fighting raged in the east after Ukraine claimed responsibility for the sinking of the Russian navy’s Black Sea flagship in what would be one of the heaviest blows of the war, Reuters reported.

The explosions appeared to be among the most significant in Ukraine’s capital region since Russian troops pulled back from the area earlier this month in preparation for battles in the south and east.

Ukraine said it hit the Moskva missile cruiser with a Neptune anti-ship missile. The Soviet-era ship sank on Thursday as it was being towed to port following a fire and explosions, Russia’s defence ministry said.

Over 500 crew were evacuated, the ministry said, without acknowledging an attack.

The ship’s loss comes as Russia’s navy continues its bombardment of Ukrainian cities on the Black Sea nearly 50 days after it invaded the country to root out what it calls far-right nationalists.

Ukrainian President Volodymyr Zelenskiy paid homage to all “those who halted the progress of the endless convoys of Russian military equipment … Those who showed that Russian ships can go … down to the bottom.”

There were no immediate reports of damage following the explosions reported in Kyiv, Kherson in the south, the eastern city of Kharkiv and the town of Ivano-Frankivsk in the west.

Ukraine’s armed forces said Russian attacks on the towns of Popasna and Rubizhne, both north of the port city of Mariupol, had been repulsed and a number of tanks and other armoured vehicles had been destroyed. Reuters was not able to verify the reports.

Whatever the cause of the Moskva’s loss, it is a setback for Russia and a major boost for Ukraine’s defenders.

Russia’s navy has fired cruise missiles into Ukraine and its Black Sea activities are crucial to supporting land operations in the south and east, where it is battling to seize full control of Mariupol.

The United States said it did not have enough information to determine whether the Moskva was hit by a missile.

Russia launched what it calls its “special military operation” to invade Ukraine on Feb. 24, in part to dissuade Kyiv and other former Eastern Bloc countries from joining NATO.

But in more setbacks for Moscow, Finland, which shares a long border with Russia, and nearby Sweden are now considering joining the U.S.-led military alliance.

Moscow warned NATO on Thursday that if Sweden and Finland join, Russia would deploy nuclear weapons and hypersonic missiles in a Russian enclave in the heart of Europe.

CIA Director William Burns said the threat of Russia potentially using nuclear weapons in Ukraine could not be taken lightly, but the agency had not seen much evidence reinforcing that concern.

Kyiv and its allies say Russia has launched an unprovoked war that has seen more than 4.6 million people flee abroad and killed or wounded thousands.

Russia said on Wednesday that more than 1,000 Ukrainian marines from one of the units still holding out in Mariupol had surrendered. Ukrainian officials did not comment.

If taken, Mariupol would be the first major city to fall to Russian forces since they invaded, allowing Moscow to reinforce a land corridor between separatist-held eastern Donbas areas and the Crimea region it seized and annexed in 2014.

Ukraine said tens of thousands of people were believed to have been killed in Mariupol, where efforts were under way to evacuate civilians.

Russia’s defence ministry said late on Thursday that 815 people had been evacuated from the city over the past 24 hours. Ukraine said that figure was 289.