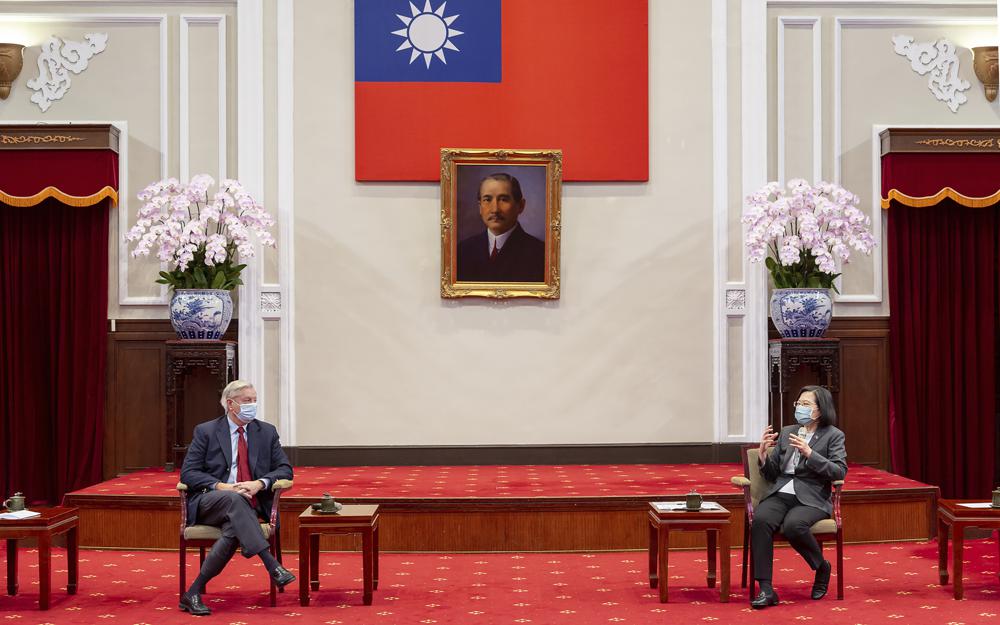 China said its military staged exercises Friday to reinforce its threat to use force to bring Taiwan under its control, as U.S. lawmakers visiting Taiwan made a pointed and public declaration of their support for the self-governing island democracy while issuing a warning to China, Associated Press reported.

The six lawmakers met with Taiwanese President Tsai Ing-wen on Friday morning and were also scheduled to meet with the island’s defense minister.

The military drills conducted by the People’s Liberation Army’s Eastern Theater Command in areas opposite Taiwan were “a countermeasure to the recent negative actions of the U.S., including the visit of a delegation of lawmakers to Taiwan,” Chinese Foreign Ministry spokesperson Zhao Lijian said.

China is against any official exchanges between Taiwan’s government and other foreign governments because it claims Taiwan is part of its national territory and not an independent country. China and Taiwan split after a civil war in 1949.

The Eastern Theater Command described the exercises in a statement as “a necessary action based on the present security situation in the Taiwan Strait and the need to safeguard national sovereignty.”

“Taiwan is a sacred and inalienable part of Chinese territory. There is no room for any foreign interference on the Taiwan issue,” the statement said.

As part of the delegation of visiting U.S. lawmakers, Sen. Robert Menendez of New Jersey gave a speech Friday praising Taiwan’s democracy and its global status as a manufacturer of semi-conductor chips used in everything from cars to smartphones, and warned of consequences if that status were jeopardized.

“It is a country of global significance, of global consequence, of global impact, and therefore it should be understood the security of Taiwan has a global impact for those who would wish it ill,” said Menendez, the head of the Senate’s Foreign Relations Committee, in a speech at Taiwan’s Presidential Office.

Tsai said she welcomed their visit and hoped it would help to further deepen US-Taiwan cooperation.

“Russia’s invasion of Ukraine has proven that democracies must bolster their alliances and collectively we can defend ourselves from the threats posed by authoritarian nations that seek to disrupt regional peace,” said Tsai.

The U.S. is the democratic island’s biggest unofficial ally and has stepped up weapons sales to Taiwan in past years. By law, the U.S. is bound to help Taiwan with arms that are defensive in nature. However, the question of whether the U.S. would intervene in the case of a military invasion by China remains open.