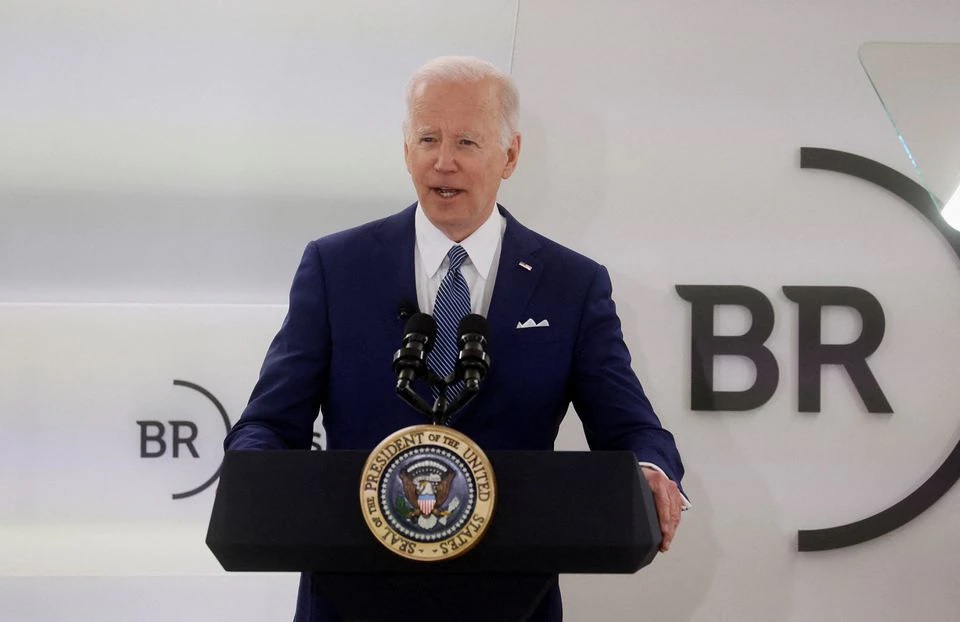 U.S. President Joe Biden announced an additional $800 million in military assistance to Ukraine on Wednesday, expanding the scope of the systems provided to include heavy artillery ahead of a wider Russian assault expected in eastern Ukraine, Reuters reported.

Biden said he had also approved the transfer of additional helicopters, saying equipment provided to Ukraine “has been critical” as it confronts the invasion.

“We cannot rest now. As I assured President Zelenskyy, the American people will continue to stand with the brave Ukrainian people in their fight for freedom,” Biden said in a written statement.

This was the first time howitzers have been provided to Ukraine by the United States.

Pentagon spokesman John Kirby said some of the systems, like the howitzers and radars, will require additional training for Ukrainian forces not accustomed to using American military equipment.

“We’re aware of the clock and we know time is not our friend,” Kirby said when asked about the speed of deliveries.

The new aid – first reported by Reuters on Tuesday – will be funded using Presidential Drawdown Authority, or PDA, in which the president can authorize the transfer of articles and services from U.S. stocks without congressional approval in response to an emergency.

John Spencer, a retired U.S. Army major and expert on urban warfare at the Madison Policy Forum, said he was excited to see that the United States was sending artillery and artillery rounds.

“You need these bigger, more powerful weapons … to match what Russia is bringing to try to take eastern Ukraine,” Spencer said.

As news of the latest security assistance came out, executives from the top U.S. weapons makers met with Pentagon officials to discuss the industrial challenges in the event of a protracted Ukraine conflict.

In a statement, Pentagon spokesman Eric Pahon said the discussion “focused primarily on accelerating production and building more capacity across the industrial base for weapons and equipment that can be exported rapidly, deployed with minimal training, and prove effective in the battlefield.”

Zelenskiy has been pleading with U.S. and European leaders to provide heavier arms and equipment. Thousands have been killed and millions displaced in the seven-week-long invasion.

Russia has been unable to achieve most of its military goals as Ukrainians have put up a fiercer-than-expected resistance.

Russia calls its actions in Ukraine a “special operation” to destroy Ukraine’s military capabilities and capture what it views as dangerous nationalists, but Ukraine and the West say Russia began an unprovoked war of aggression.

On Wednesday, Russia said it had taken control of the southeastern Ukrainian port of Mariupol and that more than 1,000 Ukrainian marines had surrendered.