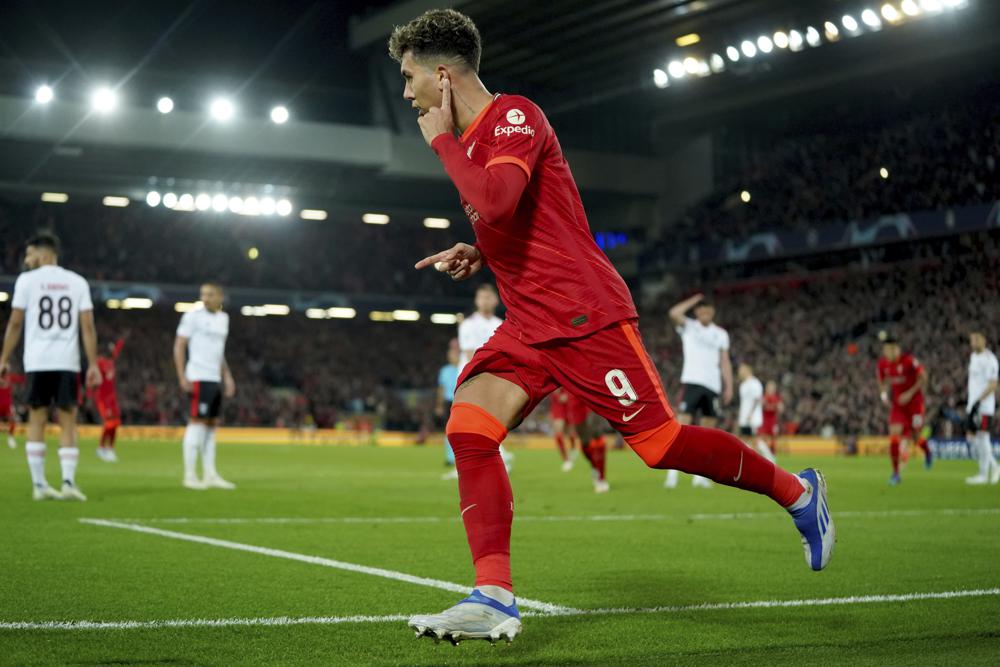 A place in the Champions League semifinals secured. The dream of an unprecedented quadruple of trophies still intact. Key players rested amid a hectic schedule, Associated Press reported.

Liverpool is in a good place entering the home straight of what could turn out to be the club’s greatest ever season.

Even conceding two late goals to draw 3-3 at home to Benfica couldn’t take the smile of Jurgen Klopp’s face.

“The day we qualify for the semifinals of the Champions League and I’m not happy, please come here and knock me out,” the Liverpool manager said Wednesday after seeing his team advance from the quarterfinals 6-4 on aggregate.

With Liverpool inflicting significant damage by winning the first leg 3-1 in Lisbon last week, Klopp was confident enough to rest stars like Mohamed Salah, Sadio Mane, Virgil van Dijk and Trent Alexander-Arnold for a return match against Benfica that turned into a wild, end-to-end contest at Anfield.

Roberto Firmino’s second-half double put Liverpool 3-1 ahead on the night and 6-2 ahead on aggregate, only for Klopp’s team to ease off the pace. Benfica took advantage by getting behind Liverpool’s makeshift defense to score through substitute Roman Yaremchuk and rising star Darwin Núñez, but the gap was too much to make up.

“It was pretty comfortable,” Liverpool captain Jordan Henderson said, “but we’re disappointed with the goals we conceded.”

Ultimately, Liverpool has coasted into the last four of Europe’s top club competition and is there for the 12th time — tying the record for an English team with Manchester United — and the first since the last of its six title triumphs in 2019.

Villarreal awaits Liverpool in the last four. Despite the Spanish team eliminating both Juventus and Bayern Munich and its coach, Unai Emery, being a master strategist of European competitions, it’s pretty much a dream scenario for Klopp and his team.

The quadruple of major trophies might really be on for Liverpool, already the winner of the English League Cup, currently in second place in Premier League — just a point behind Manchester City — and into the semifinals of the FA Cup.

That Klopp was able to rotate so heavily against Benfica — even Andrew Robertson and Fabinho had the night off — should enable Liverpool to field a full-strength team against Man City in the FA Cup semifinals at Wembley Stadium on Saturday.

City wasn’t in such a luxurious position Wednesday, taken all the way by Atletico Madrid in the Spanish capital where a 0-0 draw sealed a 1-0 aggregate victory. City, which will face Real Madrid in the semifinals, saw Kevin De Bruyne and Kyle Walker go off with injuries in an often brutal game against Atletico, on the same night Klopp kept his best players fresh and relied on his backups.

Ibrahima Konaté was one of them and he followed up his goal in the first leg — his first both for Liverpool and in the Champions League — with another header to open the scoring off Kostas Tsimikas’ outswinging corner.

Gonçalo Ramos made it 1-1 in the 32nd minute — keeping Benfica in with the unlikeliest of chances — with a goal that had a hint of fortune about it. The ball ricocheted to the 20-year-old forward from a tackle by Liverpool midfielder James Milner and his finish from the edge of the area was emphatic past Alisson.

Firmino is no longer first choice for Liverpool following the arrivals of Diogo Jota and Luis Diaz but the Brazil striker staked his claim for a starting spot in the team’s big upcoming games with a double in the space of 10 minutes.

His first goal came after mistakes from goalkeeper Odysseas Vlachodimos, who fumbled as he attempted to gather a through-ball, and center back Jan Vertonghen, who hurried his resulting clearance. Jota drove the ball back into the middle of the area and Firmino applied the finish in the 55th.

The Brazilian volleyed in Tsimikas’ free kick to make it 3-1 but Liverpool let Benfica back into the match.

“We were 6-2 up on aggregate and maybe we relaxed,” Jota said.