Electoral alliances will be forged as per party statute: Mahat 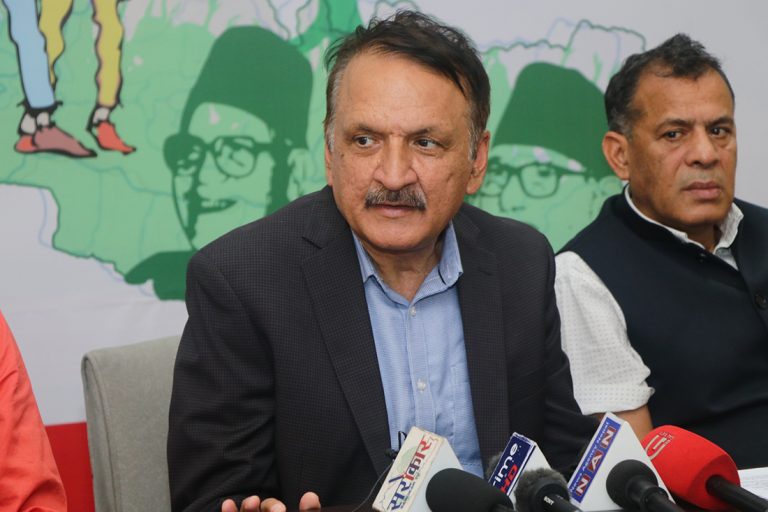 KATHMANDU: Nepali Congress spokesperson  Prakash Saran Mahat said that the party will forge electoral alliances by using the rights given by the statute.

He said so during a press conference organised in the Capital on Tuesday.

Leader Mahat said that forging alliances in the local level elections is not as easy as national elections.

He further said that the issue of forging electoral alliances will be resolved as per the decision of the party.

CPN (Maoist Centre), CPN (Unified Socialist) and Janata Samajbadi party have been saying that the seats should be distributed from the centre.