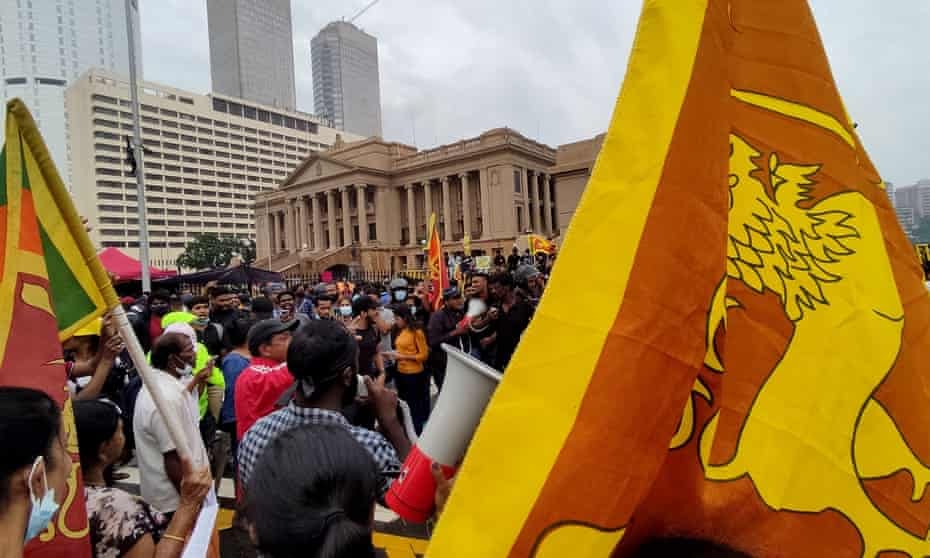 Sri Lanka’s doctors have warned they are almost out of life-saving medicines and say the country’s economic crisis threatened a worse death toll than the coronavirus pandemic, The Guardian reported.

Weeks of power blackouts and severe shortages of food, fuel and pharmaceuticals have brought widespread misery to Sri Lanka, which is suffering its worst downturn since independence in 1948.

The Sri Lanka Medical Association (SLMA) said all hospitals in the country no longer had access to imported medical tools and vital drugs.

Several facilities have already suspended routine surgeries since last month because they were dangerously low on anaesthetics, but the SLMA said that even emergency procedures might not be possible very soon.

“We are made to make very difficult choices. We have to decide who gets treatment and who will not,” the group said on Sunday, after releasing a letter it had sent President Gotabaya Rajapaksa days earlier to warn him of the situation. “If supplies are not restored within days, the casualties will be far worse than from the pandemic.”

Mounting public anger over the crisis has seen large protests calling for Rajapaksa’s resignation, according to The Guardian.

Thousands of people braved heavy rains to keep up a demonstration outside the leader’s seafront office in the capital of Colombo for a second day.

Business leaders joined calls for the president to step down on Saturday and said the island nation’s chronic fuel shortages had seen their operations haemorrhage cash.

Rajapaksa’s government is seeking an International Monetary Fund (IMF) bailout to help extricate Sri Lanka from the crisis, which has seen skyrocketing food prices and the local currency collapse in value by a third in the past month, The Guardian reported.

Finance ministry officials have said sovereign bond-holders and other creditors may have to take a haircut as Colombo seeks to restructure its debt.

The new finance minister, Ali Sabry, told parliament on Friday that he expected $3bn from the IMF to support the island’s balance of payments in the next three years.

A critical lack of foreign currency has left Sri Lanka struggling to service its ballooning $51bn foreign debt, with the pandemic torpedoing vital revenue from tourism and remittances.

Economists say Sri Lanka’s crisis has been exacerbated by government mismanagement, years of accumulated borrowing and ill-advised tax cuts, according to the Guardian.