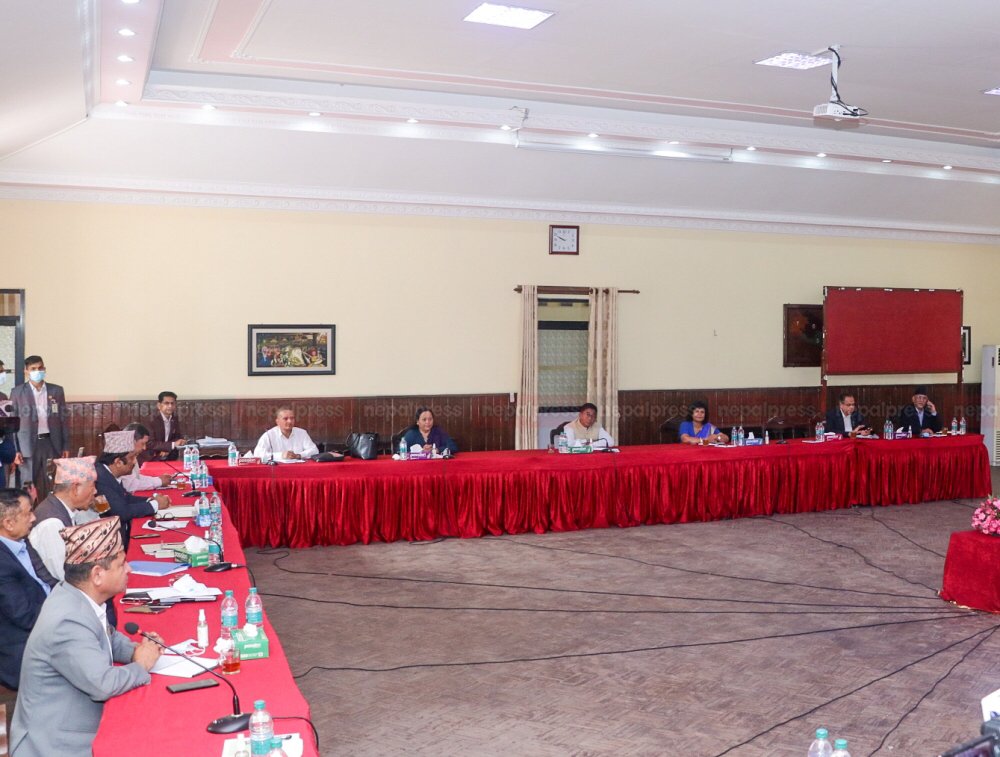 KATHMANDU: A meeting of the ruling coalition held at the Prime Minister’s official residence in Baluwatar on Monday has decided to appeal to the people to cast votes for their common candidates.

Government spokesperson and Nepali Congress leader Gyanendra Bahadur Karki said that the meeting of the top leaders of alliance held this morning decided to hold discussions about the modality on forming alliances across the country for the upcoming local level elections tomorrow.

The parties have also contest the elections together, read a statement issued after the meeting.

The Election Preparation and Monitoring Committee formed under the headship of Nepali Congress senior leader Ram Chandra Paudel has already suggested the parties to for electoral alliances on the basis of the reports came from the local units.