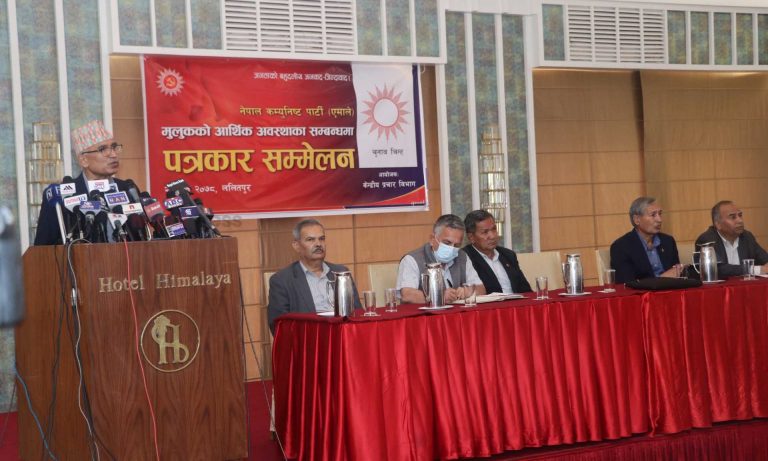 KATHMANDU: The main opposition CPN-UML has warned the government to roll back its decision to suspend Nepal Rastra Bank Governor Maha Prasad Adhikari.

Speaking at a press conference organised by the party in the Capital on Sunday, party Vice-Chairman and former deputy prime minister Bushnu Paudel said that Nepal’s financial condition would further deteriorate if the government did not ratified its move immediately.

“This is not just an attack on Maha Prasad Adhikari but an attack on the entire system. Adhikari was suspended as he did not help to fulfill the desire of the people staying in the government,” he said.

Saying that the action taken against the Governor Adhikari would further deteriorate the economic condition of the country, Paudel urged the government take back its decision at the earliest.