Mbappe on fire again, Neymar back to his best as PSG demolish Clermont 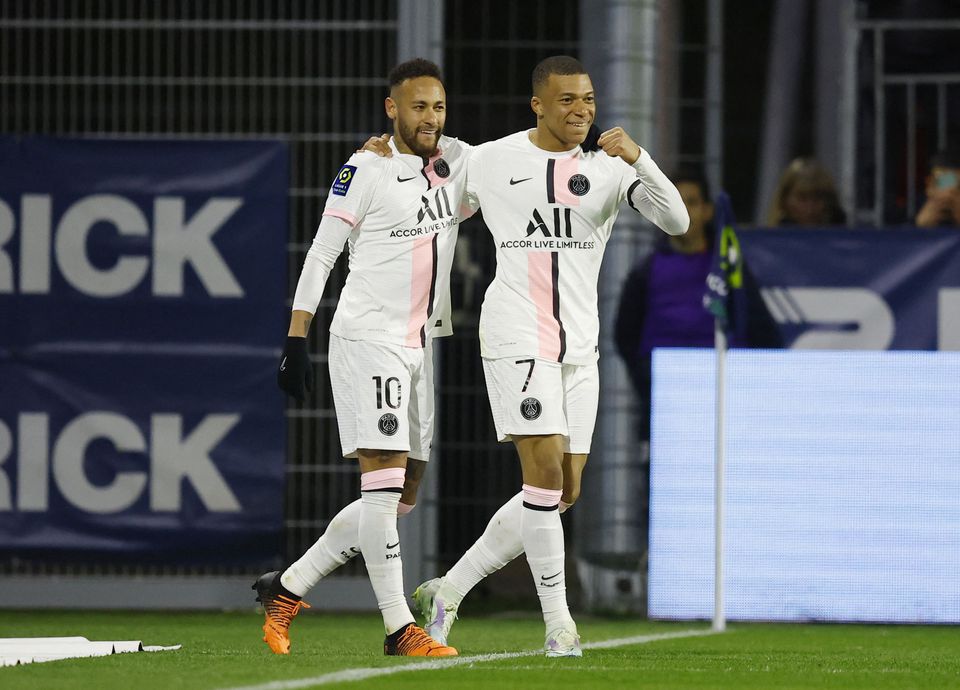 Kylian Mbappe and Neymar were on fire on Saturday as both scored hat-tricks as Paris St Germain hammered Clermont 6-1 away to move a step closer to the Ligue 1 title, Reuters reported.

Mbappe, who scored two and set up two last weekend against Lorient, struck both sides of the interval, just like Neymar, to take his league season tally to 20 and put PSG on 71 points from 31 games. They are 15 points ahead of second-placed Stade Rennais.

Clermont, who reduced the arrears through Jodel Dossou, are 17th on 28 points after their fifth defeat in a row.

Rennes are ahead of Olympique de Marseille on goal difference, after holding off Stade de Reims’s late challenge in a 3-2 away win earlier on Saturday.

In Clermont, PSG were unstoppable despite a mediocre first half.

Neymar put them ahead after six minutes, firing home with a low crossed shot after being set up by Lionel Messi.

Messi also set up the second for Mbappe, who beat Arthur Desmas from inside the box with a clinical half volley in the 19th minute.

Clermont, however, hit back just before halftime when Saif-Eddine Khaoui’s cross was met by Dossou, who found the back of the net with a right-footed effort from the penalty spot.

PSG were then unstoppable in the second half.

Neymar put them 3-1 up with a penalty after a foul on Mbappe in the 72nd minute, two minutes before the French international added a fourth, dribbling past the keeper after being set up by Neymar to tap the ball into the empty net.

Six minutes later, Mbappe was at it again, benefiting from a nice combination between Messi and Neymar to curl a shot into the top corner.

Seven minutes from time, Mbappe rushed into the area and his pass was collected by Neymar who coolly finished it off from close range.

Earlier, Rennes grabbed a 3-0 lead thanks to Benjamin Bourigeaud’s first-half double and Martin Terrier’s second-half goal which took the team’s scoring tally to a league-best 67 — before PSG’s six took the capital side’s tally to 70.

The hosts fought back and reduced the arrears twice through a Maxime Busi strike and Jen’s Cajuste’s penalty, but Rennes’s defence held firm in the last 10 minutes of a pulsating encounter.