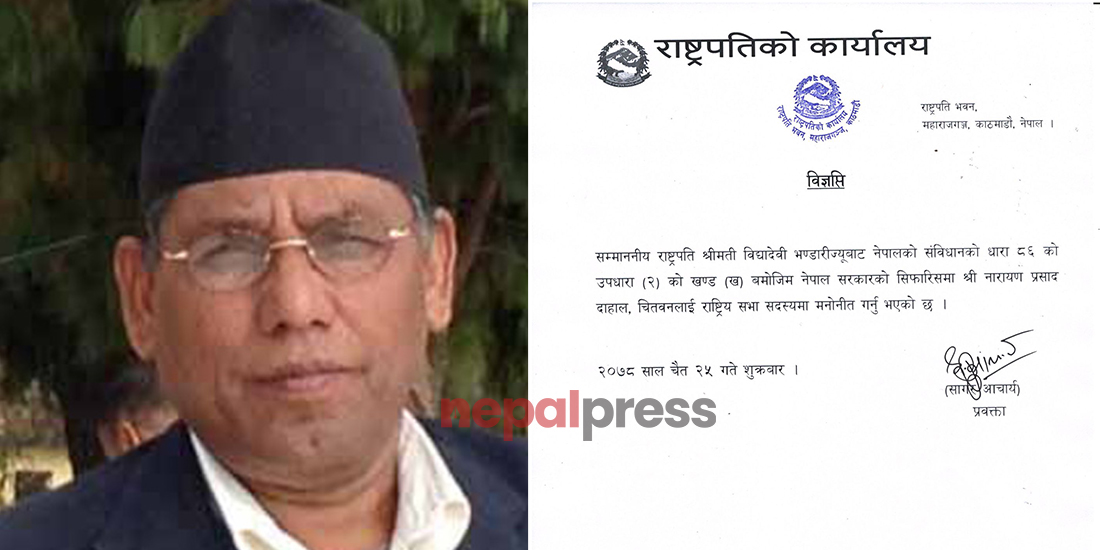 President Bidya Devi Bhandari nominated Dahal as the National Assembly member on the recommendation of a Cabinet meeting held on Thursday.

Sagar Acharya, spokesperson at the President’s Office, said that Dahal was nominated as the National Assembly member as per Article 86 (2) (B) of the Constitution.

Dahal is a central member of the CPN (Maoist Centre).

Earlier, he had also become a Constituent Assembly member.

He has been nominated for the vacant post after the term of Ram Narayan Bidari expires.