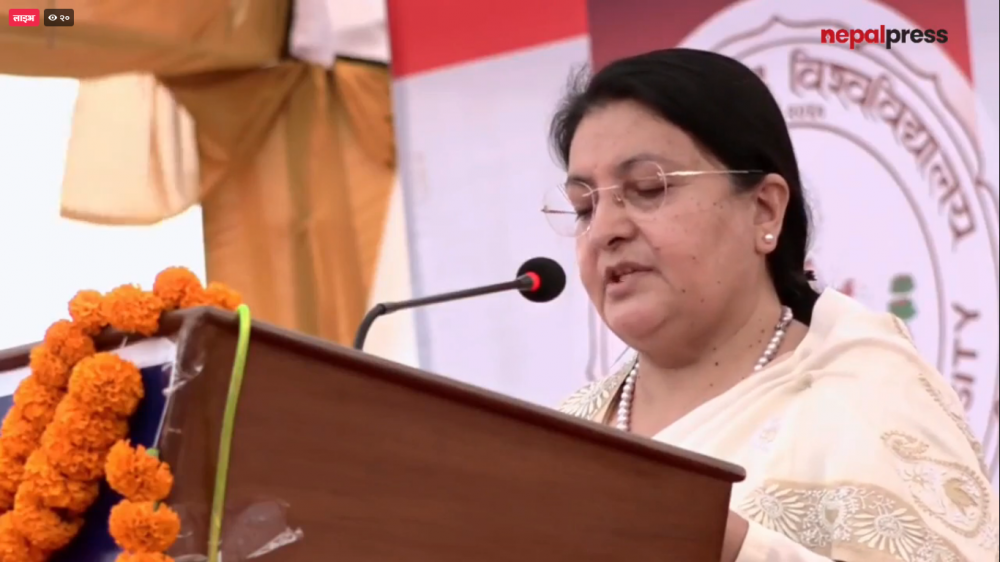 The two-day national convention of the national level umbrella association of privately funded secondary schools and higher institutions in the country kicked off today.

The slogan for the 8th national convention is- ‘Meaningful Partnership in Development of Education: HISSAN’s Contribution and Responsibility’.

Addressing the inaugural function, President Bhandari urged the proprietors of schools to contribute for quality, accessible and research-oriented higher education.

On the occasion, the President wished for the success of the convention and she also launched HISSAN’s souvenir publication.

According to HISSAN President Ramesh Kumar Silwal, the two-day event will feature discussions on the contribution of the private sector and strengthening Nepal’s education.

There are over 1,977 privately funded secondary schools and higher institutions in the country where over 550,000 students are studying while over 200,000 teachers, administrative staff and principals have been employed, it was shared.

The participants in the two-day convention include representatives from 600 schools in 35 districts as well as 50 observers. RSS