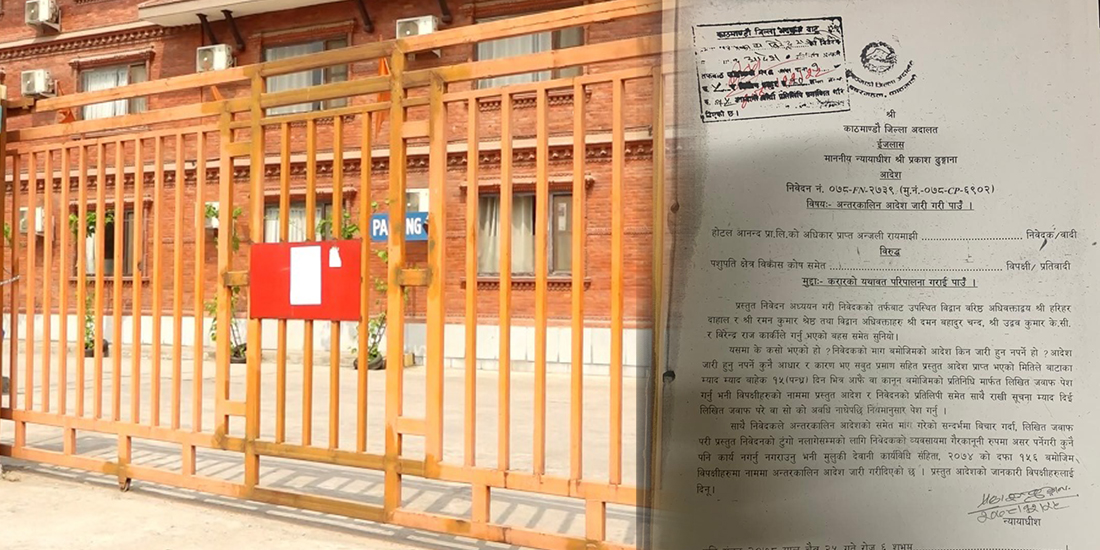 KATHMANDU: The Kathmandu District Court has issued an interim order directing the government not to padlock the Hotel Anand run by Batas Group at Nepal-India Friendly Dharamsala.

The Court issued the order as per the petitioner’s demand soon after the Pashupati Development Trust padlocked the hotel.

Before padlocking, the Trust had issued a notice to vacate the hotel. But, Batas Group stopped a team of Trust at the main gate of the hotel and did not allow them to enter.

Earlier on last Thursday, Tourism Minister Prem Bahadur Ale had reached the hotel with the office bearers of the Trust. The hotel staff had tried to create obstruction at that time also.