U.N. to vote on suspending Russia from human rights body 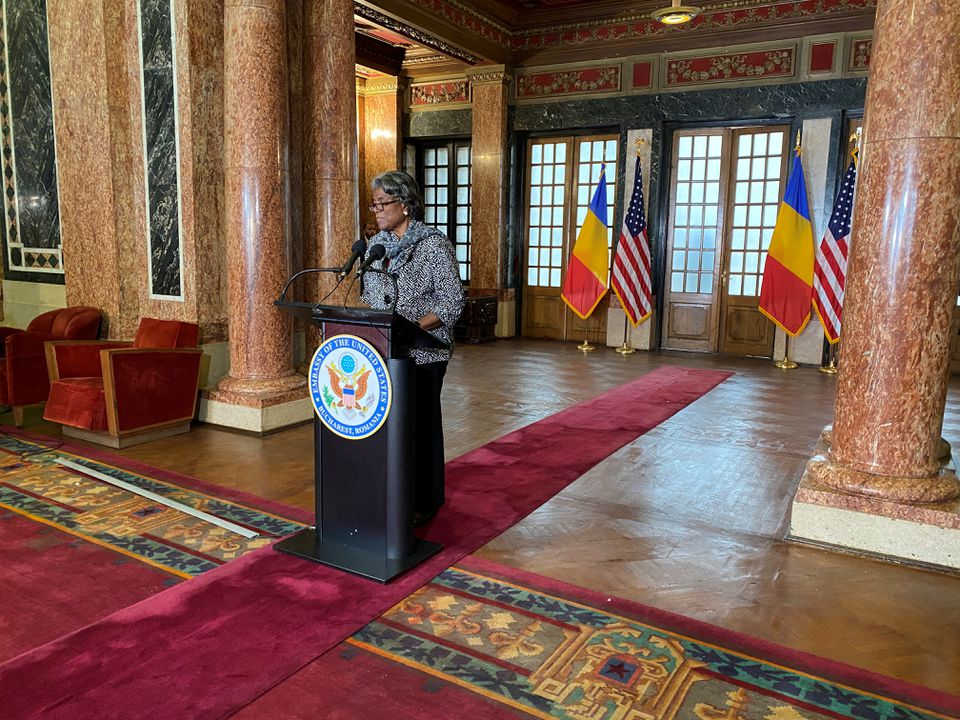 The United Natios General Assembly will vote on Thursday on a U.S. push to suspend Russia from the U.N. Human Rights Council over reports of “gross and systematic violations and abuses of human rights” by invading Russian troops in Ukraine, Reuters reported.

A two-thirds majority of voting members – abstentions do not count – can suspend a country from the 47-member council. Libya was suspended in 2011 because of violence against protesters by forces loyal to then-leader Muammar Gaddafi.

Western diplomats are confident they have enough support among the 193-member General Assembly to adopt a resolution to suspend Moscow. The draft text expresses “grave concern at the ongoing human rights and humanitarian crisis in Ukraine,” particularly at reports of rights abuses by Russia.

Explaining the move, announced on Monday, U.S. Ambassador to the United Nations Linda Thomas-Greenfield told Reuters: “It is important to say (to Russia) ‘we’re not going to allow you to continue to act with such impunity and pretend that you respect human rights’.”

Russia has warned countries that a yes vote or abstention will be viewed as an “unfriendly gesture” with consequences for bilateral ties, according to a note seen by Reuters.

Since Russia’s invasion of Ukraine began on Feb. 24, the Assembly has adopted two resolutions denouncing Russia with 141 and 140 votes in favor. Moscow says it is carrying out a “special operation” to demilitarize Ukraine.

The United States announced it would seek Russia’s suspension after Ukraine accused Russian troops of killing hundreds of civilians in the town of Bucha.

Russia denies attacking civilians in Ukraine. U.N. Ambassador Vassily Nebenzia said on Tuesday that while Bucha was under Russian control “not a single civilian suffered from any kind of violence.”

Russia is in its second year of a three-year term on the Geneva-based council, which cannot make legally binding decisions. Its decisions send important political messages, however, and it can authorize investigations.

Moscow is one of the most vocal members on the council and a suspension would bar it from speaking and voting, officials say, although its diplomats could still attend debates. “They would probably still try to influence the Council through proxies,” said a Geneva-based diplomat.

Last month the council opened an investigation into allegations of rights violations, including possible war crimes, in Ukraine since Russia’s attack.