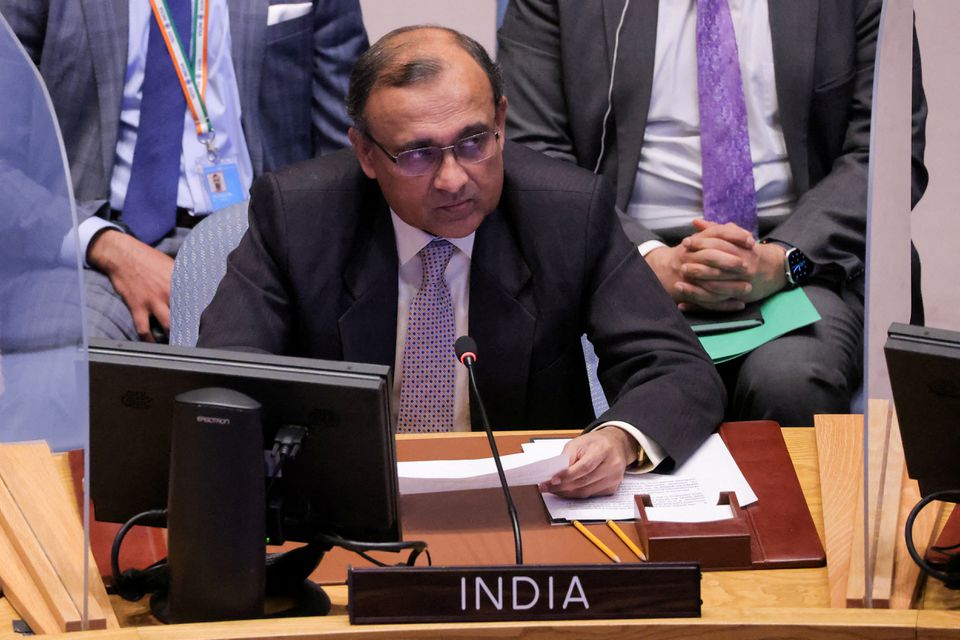 India on Tuesday condemned the killings of civilians in Ukraine’s Bucha and called for an independent investigation, having earlier declined to explicitly criticise the invasion of Ukraine by its long-time partner Russia, Reuters reported.

A Ukrainian human rights ombudswoman said on Tuesday that between 150 and 300 bodies may be in a mass grave by a church in the town of Bucha, where Ukraine accuses Russian troops of killing civilians.

Moscow denies targeting civilians in Ukraine, calling images of the dead in Bucha that have shocked the world a “monstrous forgery” staged by the West to discredit it.

“Recent reports of civilian killings in Bucha are deeply disturbing,” T.S. Tirumurti, India’s permanent representative to the United Nations, told a meeting of the Security Council.

“We unequivocally condemn these killings and support the call for an independent investigation.”

India heavily relies on Russia for military hardware. New Delhi has repeatedly called for an end to violence in Ukraine, but has abstained from various U.N. resolutions on the war in a tricky attempt at balancing its ties with Moscow and the West.