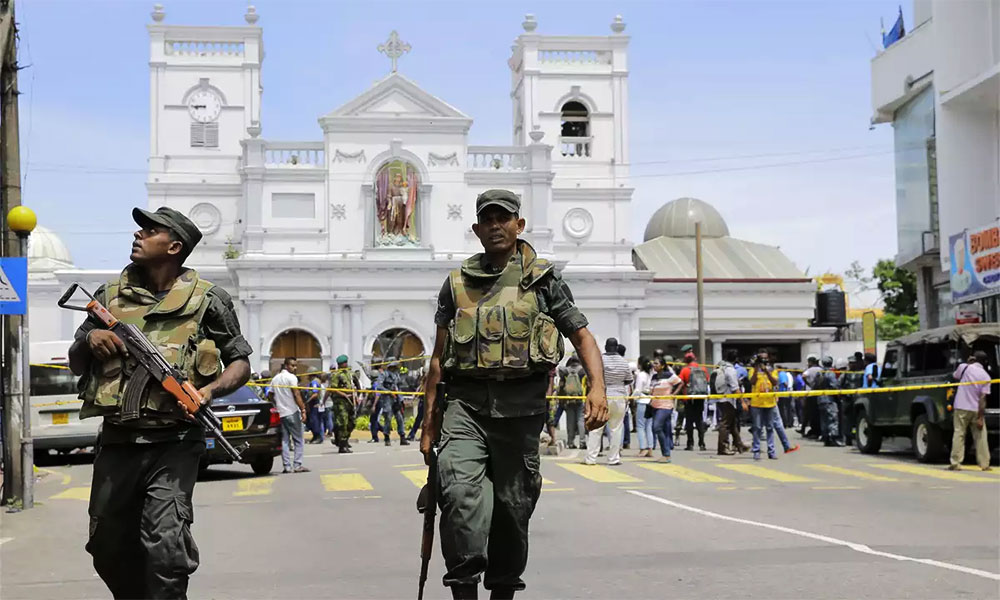 The move comes as the South Asian nation is grappling with power cuts and shortages because of an economic and foreign exchange crisis.

This has led to mass protests demanding Mr Rajapaksa’s resignation.

It is unclear what the implications of the MPs’ actions are at this point. They have distanced themselves from the government, but have not extended support to the opposition.

It could, however, call into question the prime minister’s authority over the parliament.

Mr Rajapaksa’s cabinet has already resigned, but both the president and his brother, Prime Minister Mahinda Rajapaksa, have so far refused to step down.

Instead, the president called on opposition parties to help him form a national government and accept cabinet portfolios.

They have all refused and have reiterated demands for him to resign.

“What the people want is for this president and the entire government to step down,” said Sajith Premadasa, leader of the Samagi Jana Balawegaya, Sri Lanka’s main opposition alliance.

On Tuesday, a freshly appointed finance minister also announced he was quitting the job, less than 24 hours after accepting the post.

Ali Sabry, a close ally of President Rajapaksa, said he would give up his parliament seat for someone outside politics who might be “suitable to handle the situation”.

Meanwhile, anti-government protests continued on Tuesday in major cities across the country.

In the past days, demonstrations calling for the resignation of the president have picked up momentum.

Protesters even defied a curfew meant to last from Friday to Sunday in order to halt a planned day of protests, after a demonstration outside the president’s house on Thursday night turned violent.

The demonstrations mark a massive turnaround in popularity for Mr Rajapaksa, who swept into power with a majority win in 2019, promising stability and a “strong hand” to rule the country.

Sri Lanka is now struggling to pay for imports of fuel and other goods because of a shortage of foreign exchange, which has exacerbated its worst economic crisis since independence from the UK in 1948.

The country needs foreign currency to pay for imports of fuel.

“There are endless shortages of essentials, including fuel and cooking gas. Hospitals are on the verge of closing because there are no medicines,” Maithripala Sirisena, Sri Lanka’s former president and leader of the Sri Lanka Freedom Party that withdrew its support for Mr Rajapaksa’s coalition, told parliament.

“At such a time, our party is on the side of the people.”