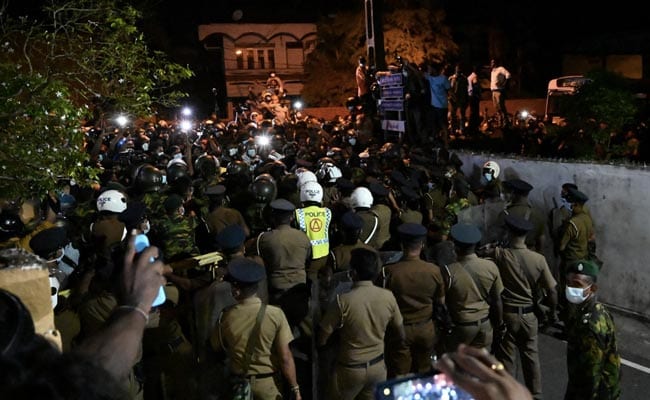 Sri Lanka’s cabinet ministers have resigned en masse after protests over the government’s handling of the worst economic crisis in decades, BBC reported.

All 26 ministers submitted letters of resignation – but not Prime Minister Mahinda Rajapaksa or his brother, President Gotabaya Rajapaksa.

Many angry protesters demanding the resignation of the Rajapaksa family say the move is meaningless.

On Sunday, many defied a curfew to take to the streets in several cities.

The country is grappling with what is said to be its worst economic crisis since independence from the UK in 1948.

It is caused in part by a lack of foreign currency, which is used to pay for fuel imports. With power cuts lasting half a day or more, and shortages of food, medicines and fuel, public anger has reached a new high.

Education Minister Dinesh Gunawardena told reporters on Sunday that the cabinet’s ministers had tendered their resignation letters to the prime minister, according to BBC.

The prime minister’s own son, Namal Rajapaksa, was among those who resigned, tweeting that he hoped it would help the president and PM’s “decision to establish stability for the people and the government”.

However, many protesters who allege that the president and his family are to blame for the situation in the country are angry at the fact that he will remain in power.

Another called it a “play from the dictator’s playbook”.

“We want all of you gone – the Rajapaksas, the cabinet,their political henchman, the corrupt cronies, their media guys. All of them,” another social media user added.

On Sunday, thousands of people across the country defied a curfew order and a special notification banning anyone from being on any public road, in a park, on trains or on the seashore unless they have written permission from the authorities, BBC reported.

The curfew, along with a ban on social media sites including Facebook, WhatsApp and Twitter, was meant to halt a planned day of protests,after a demonstration outside the president’s house on Thursday night turned violent.

The demonstrations mark a massive turnaround in popularity for Mr Rajapaksa who swept into power with a majority win in 2019, promising stability and a “strong hand” to rule the country, according to BBC.