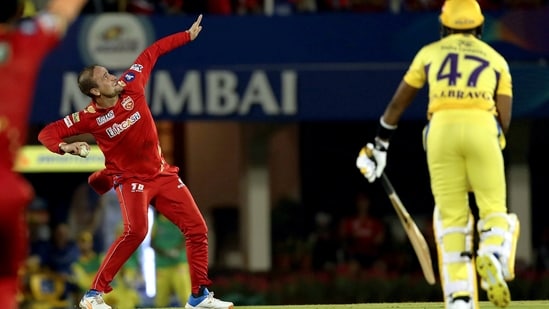 Seeking first win of the season, Chennai Super Kings got off to a disastrous start by losing four wickets within the powerplay against Punjab Kings. Rayudu also departed after scoring 13, leaving Chennai tottering at 38 for five after eight overs.

CSK gave away only 71 runs in the back-10 with a lot of credit going to their troika of overseas pacers — Pretorius, Bravo and Jordan, according to Hindustan Times.

All three players used variations to good effect, strangling the opposition batters in the final overs.