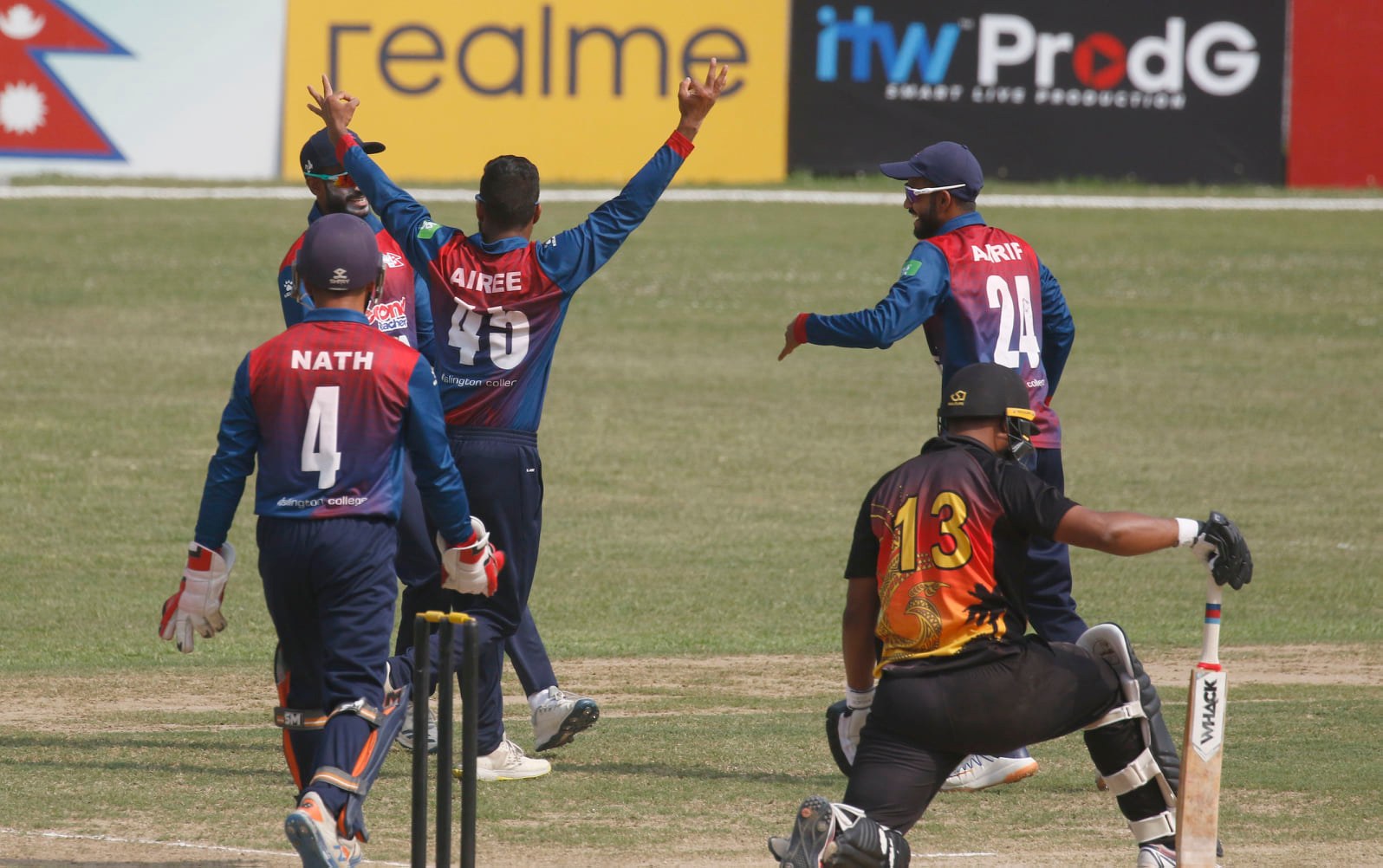 In the final match played at the TU ground in Kirtipur on Monday, Nepal beat Papua New Guinea by 50 runs.

Put into bat first after losing the toss, Nepal scored 168 runs by losing six wickets in the allotted 20 overs.

Opener Kushal Bhurtel made 25 runs while Adil Alam returned to the pavilion by scoring 15 runs.

This is the first title won by Nepal under Lamichhane’s captaincy.