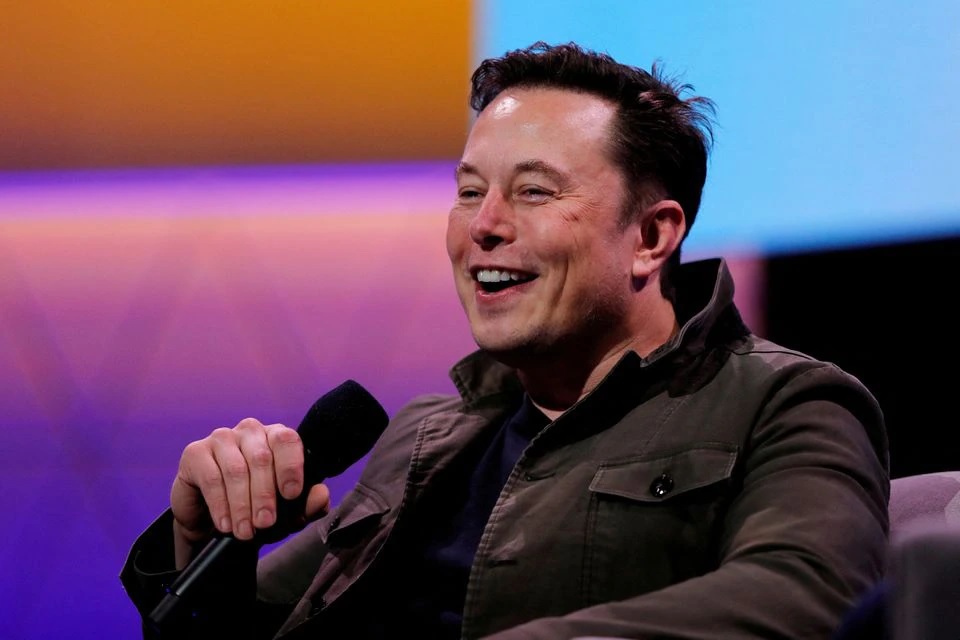 Tesla Inc (TSLA.O) top boss Elon Musk revealed a 9.2% stake in Twitter Inc (TWTR.N), worth nearly $3 billion, likely making him the biggest shareholder in the micro-blogging site and triggering a more than 20% rise in its shares, Reuters reported.

Musk’s move comes close on the heels of his tweet that he was giving a “serious thought” to building a new social media platform, while questioning Twitter’s commitment to free speech.

A prolific Twitter user, Musk has over 80 million followers since joining the site in 2009 and has used the platform to make several announcements, including teasing a go-private deal for Tesla that landed him in regulatory scrutiny.

Of late, however, he has been critical of the social media platform and its policies, saying the company is undermining democracy by failing to adhere to free-speech principles.

“It does send a message to Twitter … having a meaningful stake in the company will keep them on their toes, because that passive stake could very quickly become an active stake,” said Thomas Hayes, managing member at Great Hill Capital LLC.

Musk, also among the world’s richest, has been selling his stake in Tesla since November, when he said he would offload 10% of his holding in the electric-car maker. He has already sold $16.4 billion worth of shares since then.

A regulatory filing on Monday showed that Musk owns 73.5 million Twitter shares, which are held by the Elon Musk Revocable Trust, of which he is the sole trustee. Vanguard is Twitter’s second-biggest shareholder, with an 8.79% stake, according to Refinitiv data.

“Musk’s actual investment is a very small percentage of his wealth and an all-out buyout should not be ruled out,” CFRA Research analyst Angelo Zino wrote in a client note.

Twitter was the target of activist investor Elliott Management Corp in 2020, when the hedge fund argued its then-boss and co-founder, Jack Dorsey, was paying too little attention to Twitter while also running Square.

Dorsey, who owns a more than 2% stake in Twitter, stepped down as CEO and chairman in November last year, handing over the reins to 10-year company veteran Parag Agrawal.

Meanwhile, Musk and Dorsey have found some common ground in dismissing the so-called Web3, a vague term for a utopian version of the internet that is decentralized.

Shares of Twitter were trading at $47.19. They have fallen 38% in the past 12 months through Friday close. Twitter did not respond to a Reuters request for comment.

Shares of other social media firms, including Meta Platforms (FB.O) and Snapchat owner Snap Inc (SNAP.N), were also trading higher on the news.