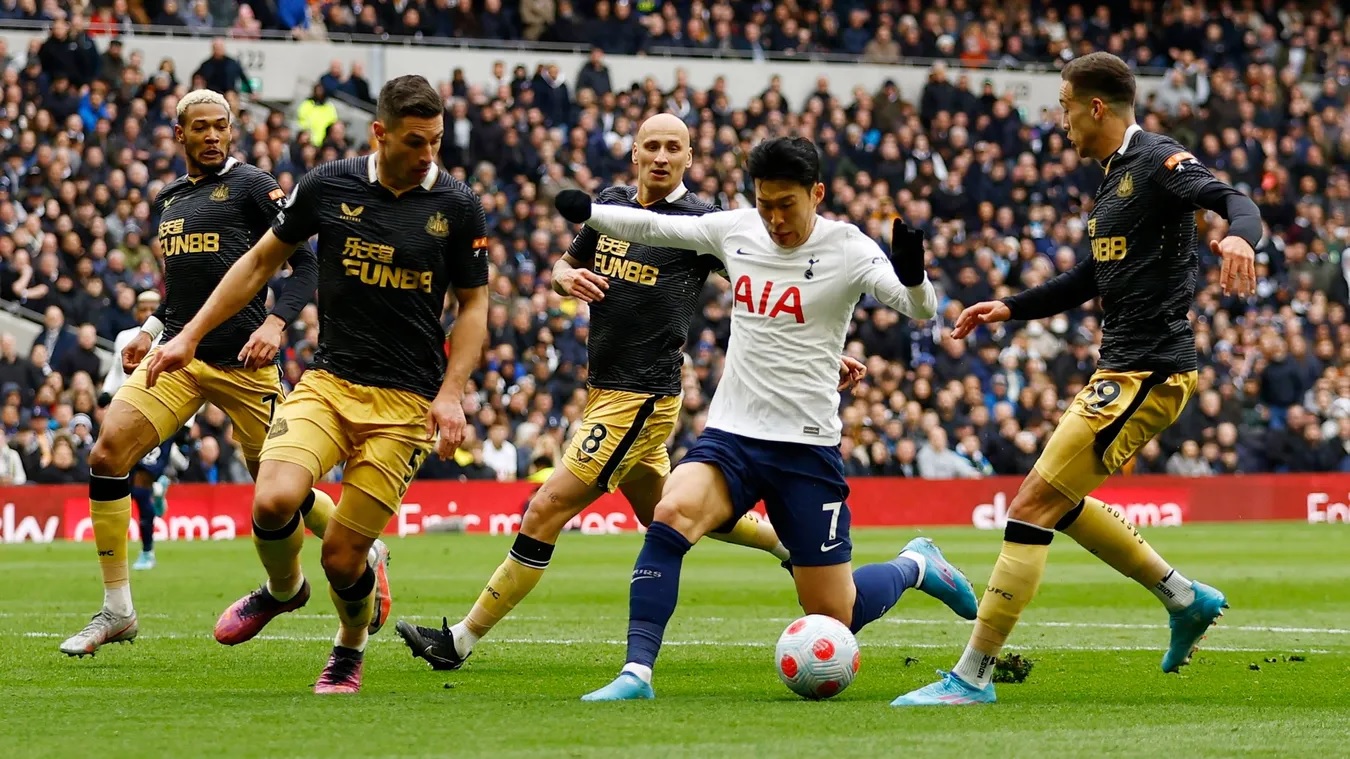 Tottenham Hotspur moved into the Premier League top four after a second-half blitz of goals from Matt Doherty, Son Heung-min, Emerson Royal and Steven Bergwijn fired them to an emphatic 5-1 home win over Newcastle United on Sunday, Reuters reported.

Spurs are now level on 54 points with Arsenal but their London rivals have two games in hand and can move back into fourth place when they visit Crystal Palace on Monday. Newcastle are 15th with 31 points, nine clear of the relegation zone.

Much of the first half was played in Newcastle territory but Tottenham failed to find a way through their opponents before the away side grabbed a surprise lead in the 39th minute through Fabian Schar, who drilled a low free kick past Hugo Lloris.

Newcastle’s lead lasted only four minutes as Ben Davies got in front of his marker to head home a delightful Son cross and bring to life a dour half that had initially promised little.

Spurs took the lead almost immediately after the restart thorugh wing back Doherty’s diving header from a Harry Kane cross before the dangerous Son doubled their advantage in the 54th minute as he finished off a sweeping move.

Dejan Kulusevski, who joined Tottenham on loan from Juventus in January, was a constant threat down the right as he set up Son’s goal and often combined brilliantly with the South Korean and England striker Kane to stretch the Newcastle defence.

“When you see your team play this way, you enjoy it,” said Spurs manager Antonio Conte. “We played a really good game. Newcastle are not easy to face. They try to be compact and deep to not concede space.”

Newcastle made a double switch just before the hour, bringing on Jacob Murphy and Bruno Guimaraes, but Tottenham heaped more misery on the visitors as Emerson and substitute Bergwijn added two more goals to complete the rout.

“In the second half we controlled the game and had the chances to secure the result. Newcastle are well prepared and have good players. We are in a good moment. The team are growing in every aspect,” added Conte.

Newcastle boss Eddie Howe said the second goal made all the difference after his side had displayed great defensive solidity in the opening stages.

“We contributed to that (scoreline). We were 1-0 up and executing a good plan. We were controlling them as best we could. The second goal is the key thing,” he said.

“We chased the game in a way you can’t against this type of team. We took risks and didn’t execute it well enough,” added Howe, whose team have now lost their last three league games.