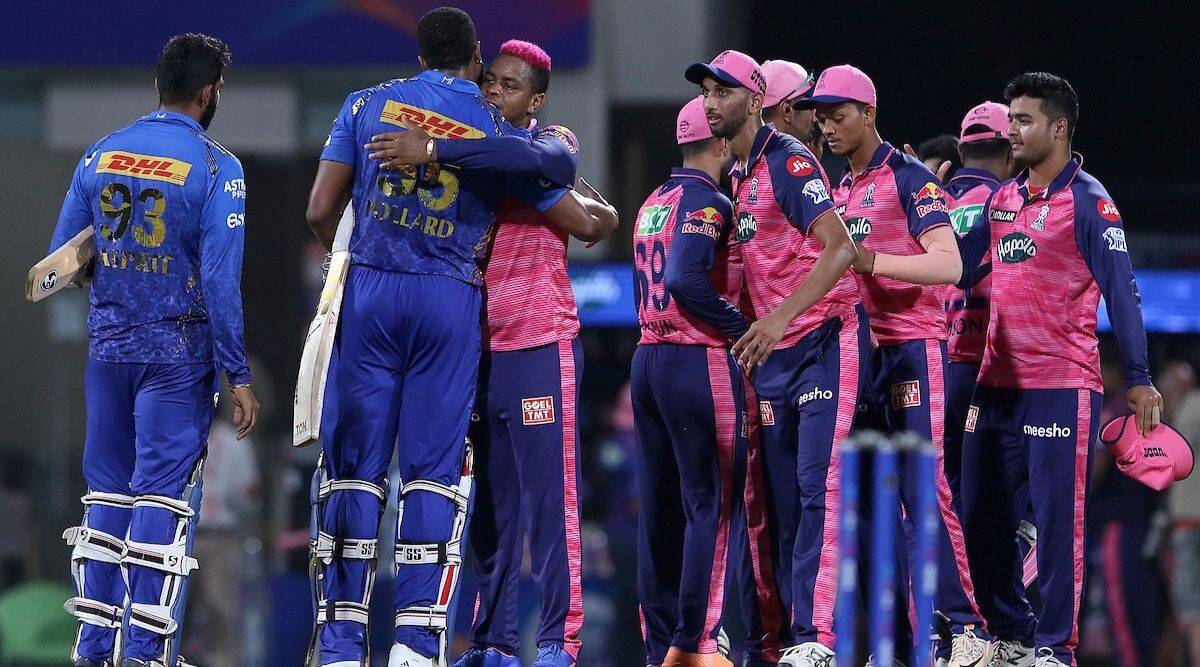 Jos Buttler smashed the first century of IPL 2022 to power Rajasthan Royals to 23-run win over five-time champions Mumbai Indians, who slumped to their second consecutive defeat on Saturday, The Indian Express reported.

Opening the innings after being sent into bat, Buttler hit a whirlwind 100 off 68 balls, only his second ton in the history of the IPL. He struck 11 boundaries and five sixes during his knock. Besides Buttler, Shimron Hetmyer (35 off 14) looked in destructive form while skipper Sanju Samson (30 off 21) too got a start. Jasprit Bumrah (3/17) was the pick of the bowlers for MI.

Chasing the total, Tilak Verma smashed 61 off 33 balls, while opener Ishan Kishan made 54 off 43 balls but it was not enough to guide MI home as they finished at 170 for eight. Yuzvendra Chahal once again shone bright with the ball picking up two wickets for 26 runs from his four overs, according to The Indian Express.