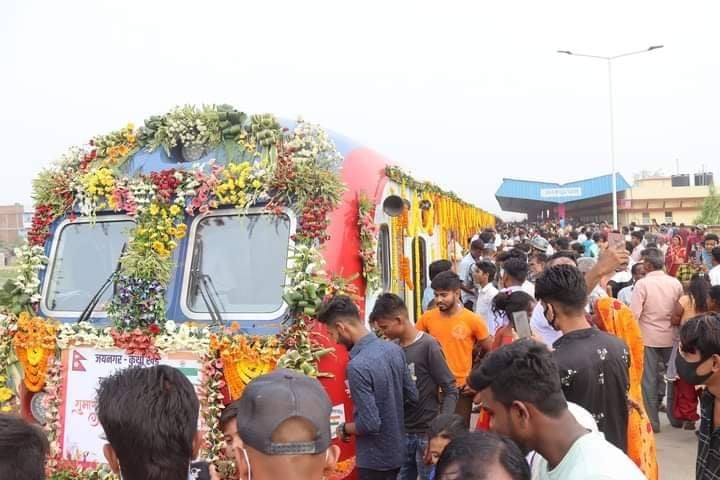 JANAKPURDHAM: The train service along the Jayanagar-Kurtha railway section will begin from today.

Prime Minister Sher Bahadur Deuba, who is currently on a visit to India, and his Indian counterpart Narendra Modi jointly inaugurated the rail service on Saturday.

General Manager of Nepal Railway Company Niranjan Jha said that the train service will come into operation from 8 am today. The Jayanagar-Kurtha train will run twice a day.

Passengers coming to board the train running on the Jayanagar-Kurtha railway section will have to carry their identity documents. General Manager Jha said that identification documents have been made mandatory in view of security challenges due to the open border.

The company has stated that in the case of children under the age of 10 to 18, it is mandatory to have a school identity card with a photo.

Similarly, to board a Nepali train, an Indian citizen has to carry a valid National Passport issued by the Government of India or an identity card issued by the Election Commission of India.

A new fare has also been fixed for the train service from Jayanagar to Kurtha. The fare for Janakpur-Kurtha-Jayanagar general seat has been fixed at Rs 90 per passenger and for the AC seat at Rs 450. RSS