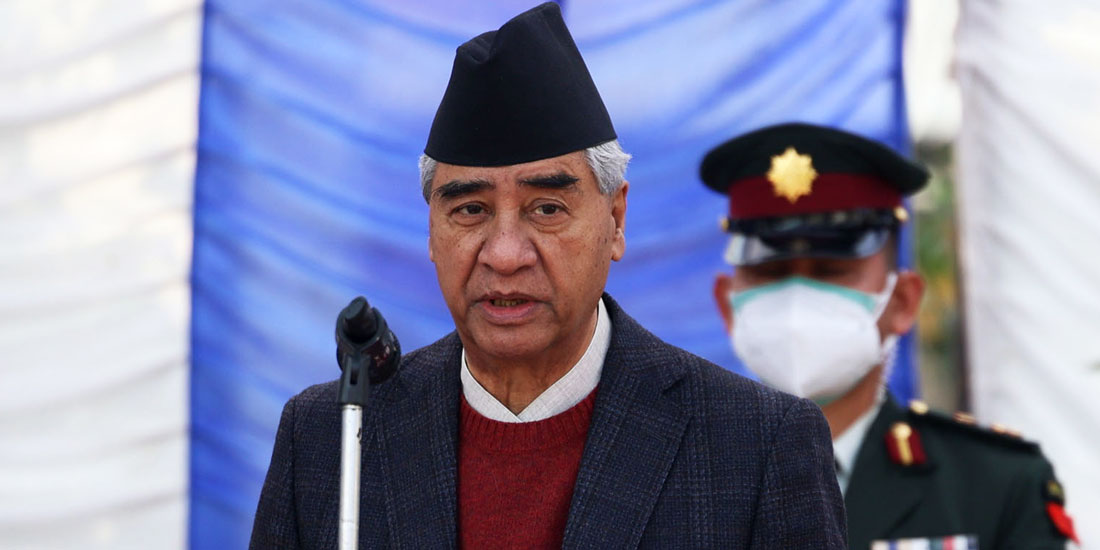 KATHMANDU: Prime Minister Sher Bahadur Deuba, who is on a three-day official visit to India, visited Rajghat and laid a wreath on the memorial of Mahatma Gandhi on Saturday.

Rajghat lies on the west bank of Yamuna River and it is the place where Mahatma Gandhi was cremated.

Paying homage to the ‘Father of India’, PM Deuba observed one minute of silence in honour and remembrance of Gandhi. Prime Minister Deuba also signed in the visitors’ book at Rajghat, noting that propagator of non-violent movement- Gandhi- and his contribution to ‘Quit India’ movement was memorable.

The Nepali delegation also laid a wreath on the memorial of Gandhi in a gesture of tribute.

PM Deuba arrived New Delhi on April 1 leading a 50-member delegation in a three-day official visit to India at the invitation of his Indian counterpart Narendra Damodardas Modi. RSS