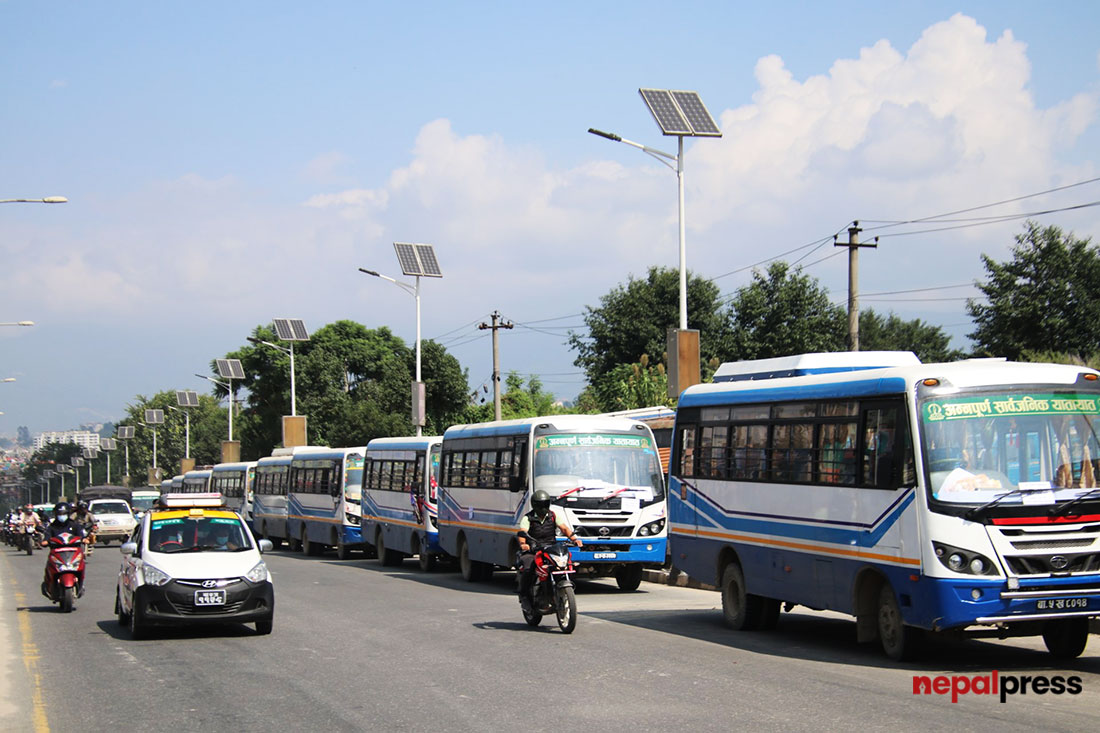 The approval responded to the proposal of the Department of Transport Management to adjust transport fares in view of price hikes in petroleum products lately.

Following this, transport fares could see 11 to 14 percent increment, said Namraj Ghimire, Director General of the Department. Price adjustment will be carried out scientifically and technically and its decision would be taken on coming Sunday.

The Department was at work to make arrangements for an auto price adjustment when there is a five percent fluctuation in prices of petroleum products, he said.

The last time when the government adjusted prices on public vehicles was on 12 July 2021. Since then, the price of diesel increased 34 percent, according to the Department. There are 13 indicators for price adjustments on public vehicles scientifically, of which changes in prices of petroleum products make up 35 percent.

As per the constitution, the federal government takes a decision on price adjustment on long-route transport.RSS