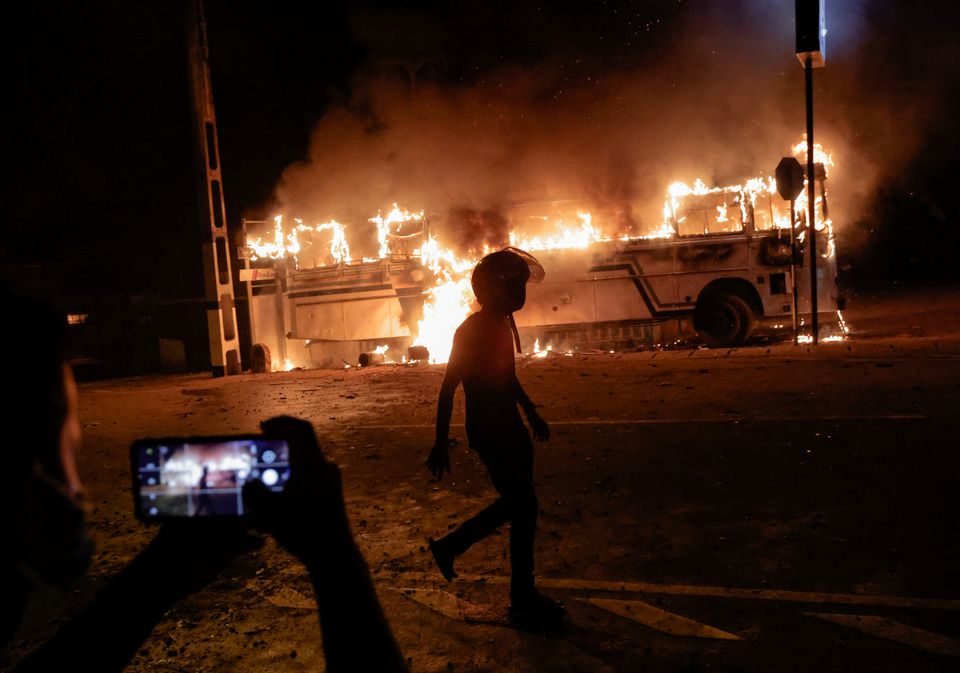 Police in Sri Lanka’s capital lifted a curfew on Friday after protests in which dozens of people were arrested and several policemen were hurt near the home of President Gotabaya Rajapaksa over his handling of an economic crisis, Reuters reported.

Hundreds of protesters gathered near Rajapaksa’s residence in a Colombo suburb late on Thursday before police dispersed them with tear gas and water cannons, a Reuters witness said.

“We have arrested 54 people over the unrest last night. Several vehicles belonging to the army and police were burnt by the protesters, including two buses, one police jeep and several motorcycles,” a police spokesman, Senior Superintendent Nihal Thalduwa, told Reuters.

The island nation of 22 million people is in the midst of its worst economic crisis in years with rolling blackouts for up to 13 hours a day because the government does not have enough foreign exchange to pay for fuel imports.

Five policemen were injured and in hospital, Thalduwa said, adding there were no reports of injuries among the protesters.

“The main issue Sri Lanka is facing is a forex shortage and protests of this nature will hurt tourism and have economic consequences,” Sri Lanka’s tourism minister Prasanna Ranatunge told a press conference on Friday.

“Our stance is that people have the right to protest but it should be constructive. What happened yesterday was the opposite.”

Streets in the capital were quiet on Friday morning. Police combed through the wreckage of two burnt-out buses near Rajapaksa’s home, a Reuters witness said.

Trading on the country’s stock market was suspended for the third day in a row after the main blue-chip index fell 10% from the previous close.