Ghode Jatra being marked in Kathmandu Valley with fanfare 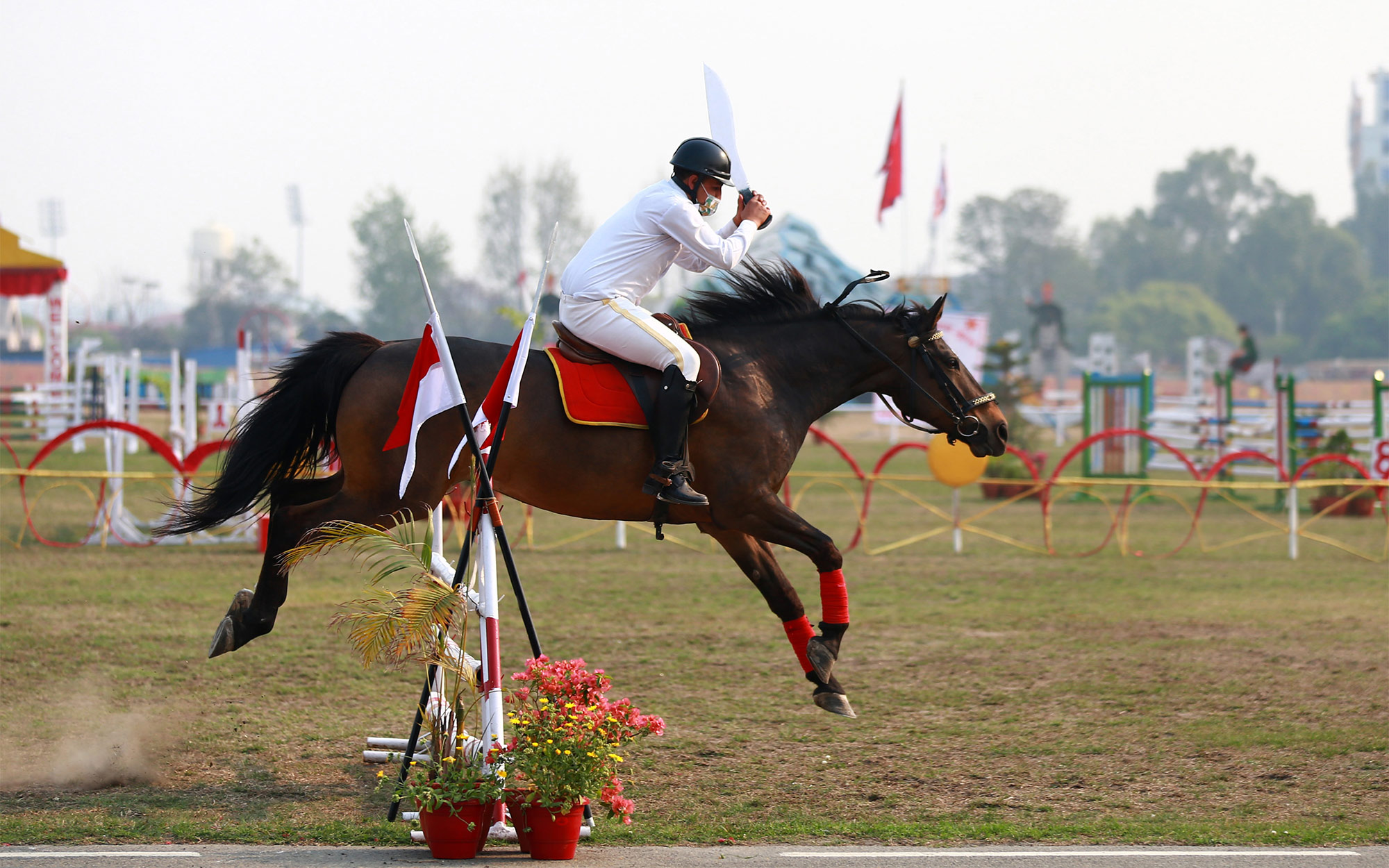 KATHMANDU: The annual festival of Ghode Jatra, which is also known as Horse Racing Day, is being celebrated in the country’s cultural hub of Kathmandu Valley today.

The festival is being celebrated annually as per mythology which relates the genesis of the festival after the death of a demon named Tundi.

Public belief has it that the demon who lived on a meadow, which is now at Tundikhel, used to unleash terror among the Kathmandu denizens, particularly children. After his death people rejoiced by dancing on his body by riding horses. There is also a belief that the parade of horses at Tundikhel keeps the demon’s spirit away.

The faster the horses run, the better Tundi’s spirit is dispelled. As per another legend, the Ghode Jatra is held to mark the start of New Year. The festival is celebrated on the day of Krishna Aunsi, as per the lunar calendar, which is a day before the Chaitra Shukla Pratipada and this day is taken as the start of the New Year.

The horse parade, known religiously known as Aswa Yatra, is organized to welcome the New Year. The day before Ghode Jatra is also known as Pichas Chaturdarshi, as per lunar calendar. On the day, the Nepali Army cavalry team performs different artistic stunts riding on their horses. The Jatra is also being marked in Lalitpur today. RSS