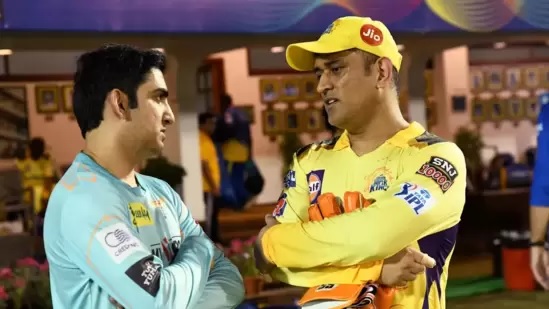 The Lucknow Super Giants made a terrific comeback on Thursday to defeat defending champions Chennai Super Kings in a high-scoring thriller at the Brabourne Stadium in Mumbai, Hindustan Times reported.

Chasing a target of 211, LSG batters Evin Lewis and Ayush Badoni scored 25 runs in Shivam Dube’s 19th over of the game to take the game away from CSK, as the tournament debutants registered a six-wicket victory.

In reply, Lucknow got off to a fantastic start with De Kock and Lokesh Rahul (40) putting on 99 runs for the first wicket. The CSK did grab quick wickets in the middle overs but Evin Lewis continued to score at a brisk rate to keep LSG within the target distance.

Lewis smacked six fours and three sixes to help Lucknow close the gap as Shivam Dube’s penultimate over went for 25 runs. Young Ayush Badoni once again stole the show with two sixes in the final over, taking Lucknow across the finish line with three balls to spare, according to Hindustan Times.

The LSG are mentored by former Indian cricketer Gautam Gambhir and following a close finish, he was seen interacting with Mahendra Singh Dhoni, under whose captaincy Gambhir has played a large part of his international career.

He also posted a heartwarming picture with Dhoni after the game that went viral on social media.

“It was nice catching up skipper!” Gambhir wrote, as he was seen talking to Dhoni in the picture, Hindustan Times reported.