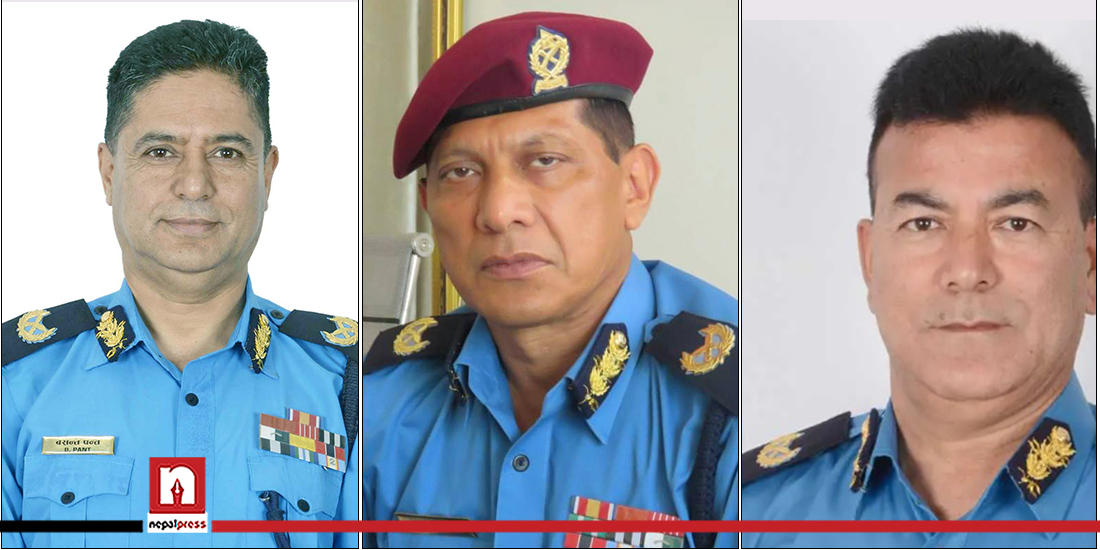 A Cabinet meeting held on Thursday made the decision to this effect.

Earlier, the Promotion Committee had recommended the government to promote them to the post of AIG.

The Committee has recommended their promotion after the government added three more posts of the AIG.

Among them, Panta is retiring on May 1 while Dhanuk and Singh will serve till mid-April.
Now, there will be eight AIGs in Nepal Police. Among the AIGs, Hari Pal, Pradhumna Karki and Panta are retiring on May 1.

One will be the Inspector General of Police (IGP) among Dhanuk, Singh and incumbent IGPs Sahakul Thapa and Bishworaj Pokharel.

Among them, Pokharel is ahead in terms of seniority.