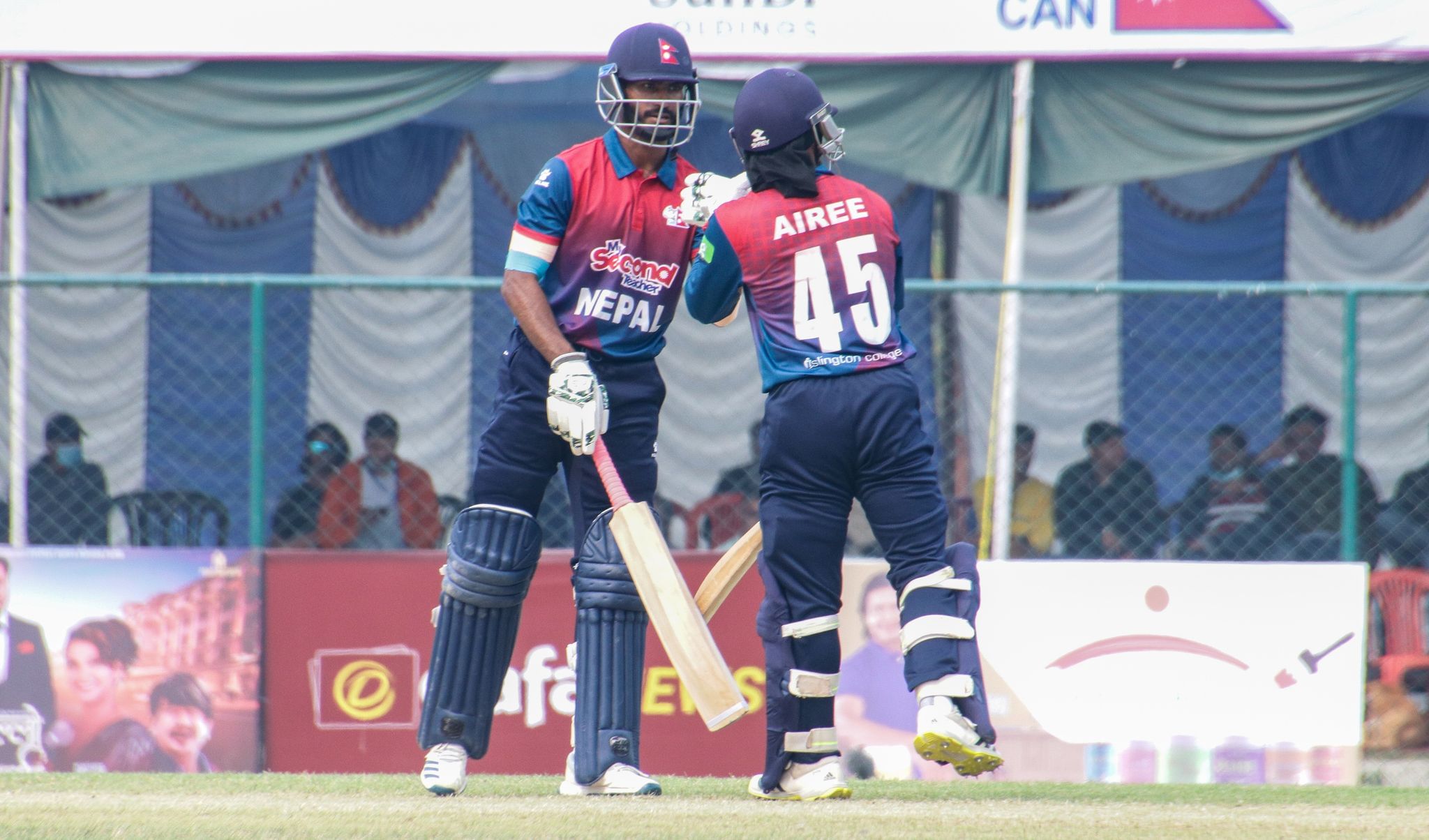 KATHMANDU: Nepal registered a six-wicket victory against Malaysia in the Tri-Nation T20I Series on Wednesday.

In the match played at the TU ground in Kirtipur this afternoon, Nepal achieved the target of 115 runs in 13.4 overs by losing four wickets.

Nepal will play against Papua New Guinea (PNG) in the fourth match of the series on Thursday.