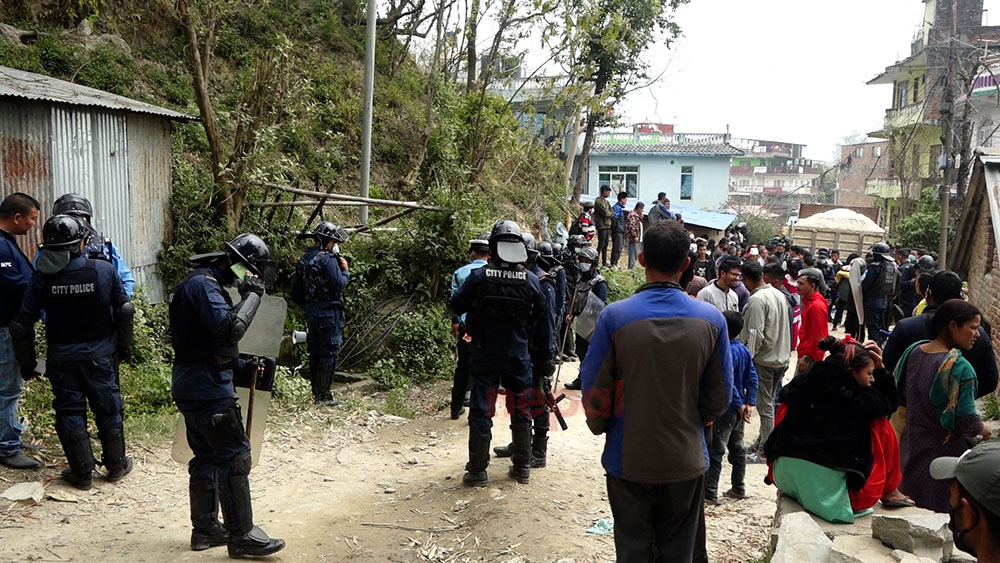 KATHMANDU: Two school girls died on the spot and another sustained injuries when a tipper hit a motorbike they were riding on at Melamchichowk of Sundarijal in Gokarneshwor municipality, Kathmandu on Wednesday.

The deceased have been identified as Shristi Ghising and Shreeya Ghising, daughters of Rohan Ghising.

The girls were heading towards their school with their father Rohan Ghising when the incident took place at around 8: 30 AM this morning, police said.

Rohan, who was critically injured during the incident, is being treated at the Nepal Medical College in Attarkhel.

Rohan accused the tipper driver of putting the vehicle in back gear and running over his daughters.

Meanwhile, tension ran high in the area following the incident.

Anguished locals have demanded strict action against the tipper driver.