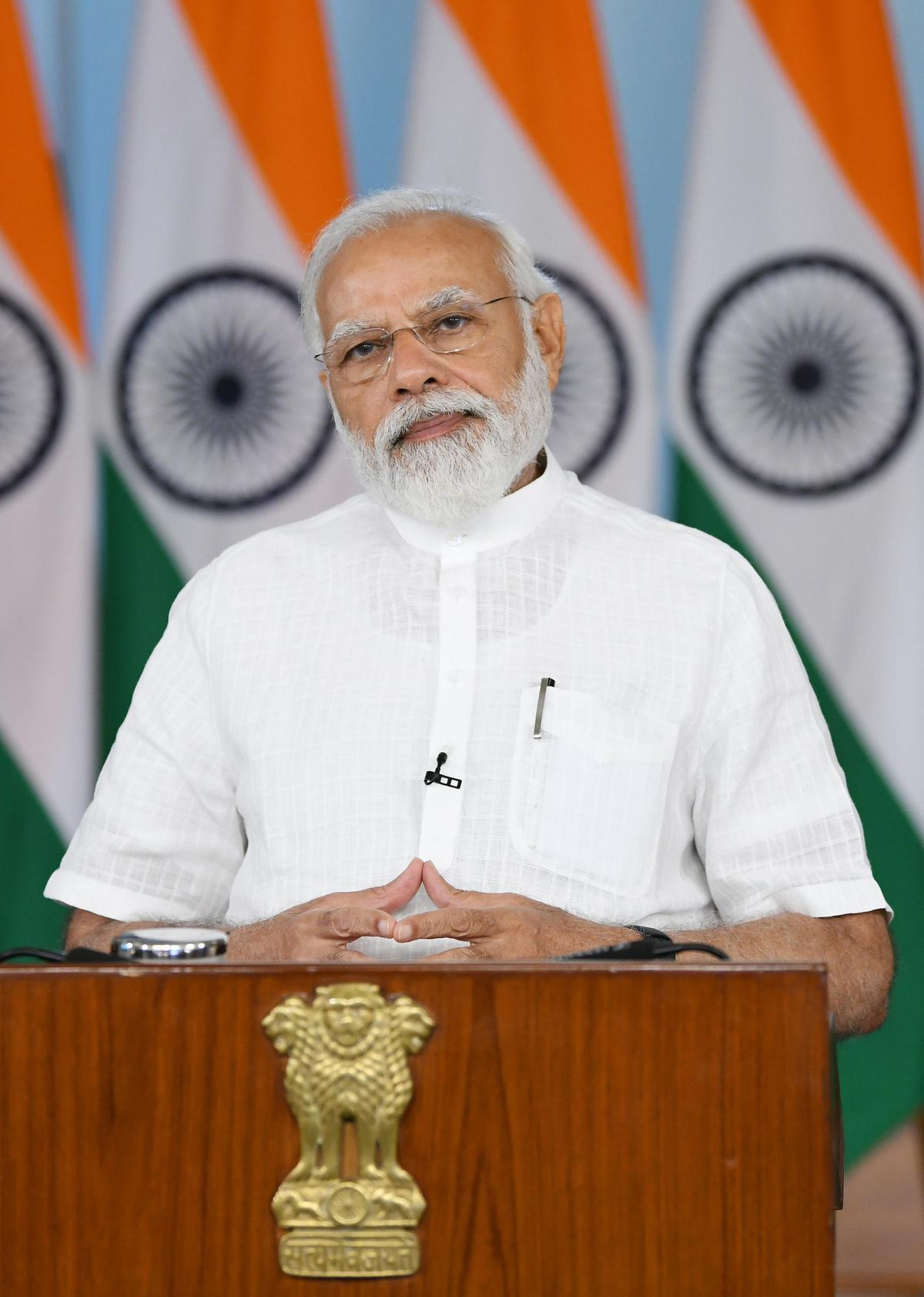 The results of the ‘landmark’ fifrth BIMSTEC summit will write a golden chapter in history, says PM

India will be the “security pillar” of the BIMSTEC (Bay of Bengal Initiative for Multi-Sectoral Technical and Economic Cooperation), an official of the Ministry of External Affairs (MEA) said on Wednesday at the conclusion of the grouping’s summit in Colombo, The Hindu reported.

Addressing the meeting virtually, Prime Minister Narendra Modi called for strengthening the BIMSTEC and welcomed the unveiling of the Charter of the organisation that connects the littoral countries of the Bay of Bengal.

“Today we have adopted the Charter of BIMSTEC. This is an important step towards creating an institutional architecture of BIMSTEC,” he said in Hindi. The Charter had given the BIMSTEC a new orientation and concrete goals. Under this Charter, the members were expected to meet once in every two years.

Mr. Modi called for a Free Trade Agreement among the member countries. He mentioned the necessity for coastal shipping ecosystem and electricity grid interconnectivity, as two of the necessary components of the evolving shape of BIMSTEC.

The summit saw the declaration of the Master Plan for Transport Connectivity that would provide a framework for regional and domestic connectivity, said the MEA official.

Rudrendra Tandon, MEA’s Joint Secretary in charge of the BIMSTEC and South Asian region, stated, “the signing of the Charter was the main outcome of this summit. With the Charter, the BIMSTEC now has an international personality. It has an emblem, it has a flag. It has a formally listed purpose and principles that it is going to adhere to. It represents significant evolution of the grouping. From our perspective signing of the Charter was the most important outcome.”

He announced that In line with the development of the organisation into a formal structure, the leaders of the member-countries have agreed to divide the working of the grouping into seven segments, with India providing leadership to the security pillar.

The summit, held in the backdrop of the Ukraine crisis, also drew attention because of the presence of Myanmar, a country ruled by the military, which is a leading violator of human rights in the world.

Mr. Tandon justified the inclusion of Myanmar as it is part of the Bay of Bengal Community. “BIMSTEC is a multilateral regional cooperation platform and the aim is to focus on economic and development cooperation to do activities that genuinely deliver value to people. Members on this platform are countries who are geographically littoral to or dependent upon the Bay of Bengal. For the success of this platform, we require all countries to be present. Myanmar is an important constituent member of the BIMSTEC and it has a very important geography,” he observed.